I’d been wanting to revisit the northern end of the River Parrett, ever since walking it with Anna in 2016, as part of our effort to complete the unofficial Somerset Coast Path. 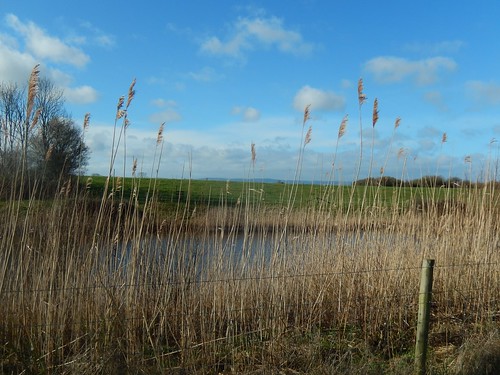 Back then, we took a mutual shortcut in the aim of saving time and making the stretch less mundane, as even the new England Coast Path requires you to walk along both sides of this wide river before reaching Steart and heading west past the Quantocks.

In this walk, I would fill in the missing miles. On my own, for now. 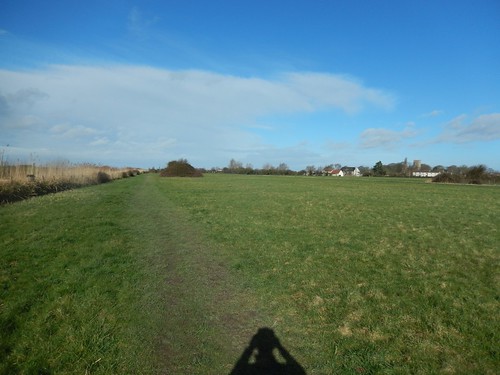 Days in advance, I had it all worked out; I would drive down to Apex Park, where Burnham-on-Sea meets Highbridge. From there, I’d do a big circular walk, following the coast path and then back to my car.

But, as I arrived at Apex Park, I found cars parked in to every crevice. Fluorescent signs warned of a running event; all contributing to the mess of cars occupying nearby roads.

I could not park there. I felt quite defeated and unsure of what to do. Somehow, I found myself driving south down the A38 – almost as if I was travelling parallel to my intended walking route. 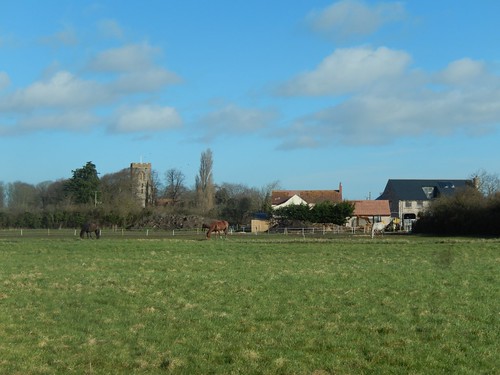 I had no hope of finding a convenient car park. At best, I imagined I’d have to steal a space within a roadside layby; put my boots on, cross over carefully and get on with the walk… But I did spot a car park that isn’t highlighted on any map that I’ve seen. A height-restriction barrier conceals uneven space beside the Huntspill River! 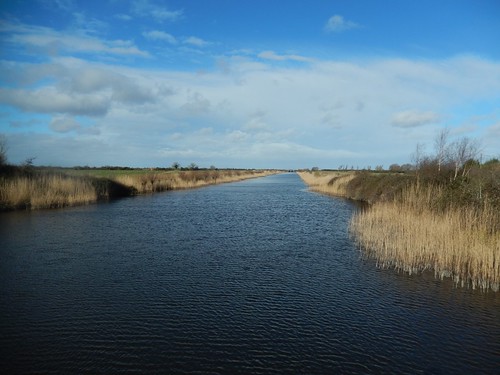 Again, there’s no indication of this on the Ordnance Survey maps. A dashed line highlights a ‘private’ road that appears to be use as a ‘rat run’ by all; joining the A38 with West Huntspill village. There’s even a permissive footpath, here, that doesn’t feature on the maps. 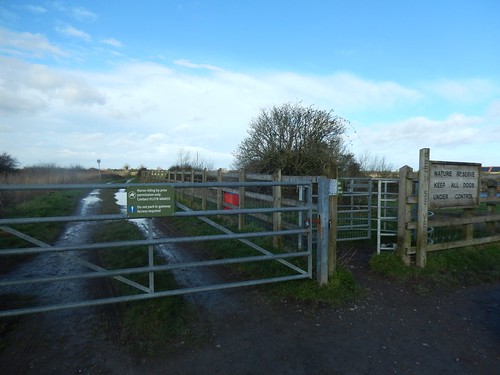 I followed the footpath alongside the river (with its limited view, thanks to the tall reeds and long grass) as far as the road near Sloway Bridge. It looks like the uncharted path continues further along Huntspill River, as the land ahead is marked as being part of a nature reserve (I remember writing last year of how I believed this land to be private). 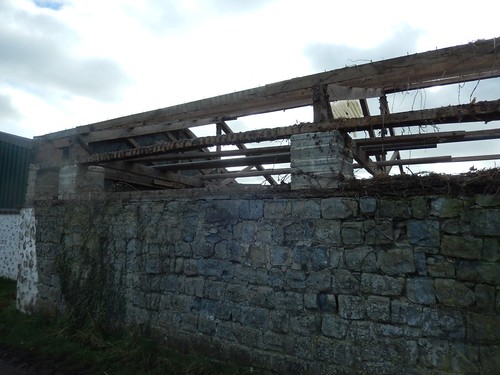 Passing dog walkers and the occasional car, I followed the quiet roads down to Stretcholt. Then, towards Pawlett, where I climbed a familiar bridleway from beside Dodds Farm to the top of Pawlett Hill. 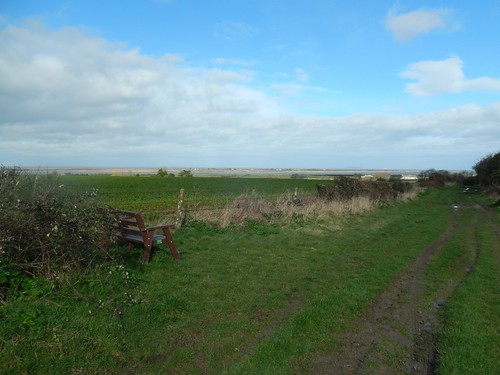 There exists a trig point in this area, which Anna and I discovered last year, through the hedge. But I couldn’t remember seeing this bench, so strangely located a short distance beneath the hill summit.

Beyond that, you can see the Steart Marshes nature reserve. 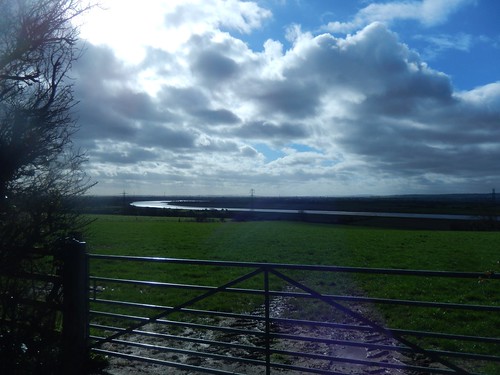 I think I was now forty-five minutes in to my walk and I’d already conquered the only hill of the day. Now, I would continue across and down the hill, to join the England Coast Path beside Birckyard Farm. 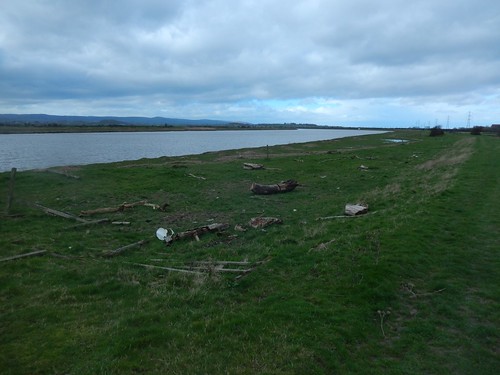 Now following the coast path and River Parrett, I found the lower banks had been flooded with many trees’ worth of timber. Sadly – but not surprisingly – there was a lot of litter, also. Potentially a result of flooding and storm weather from earlier in the year. 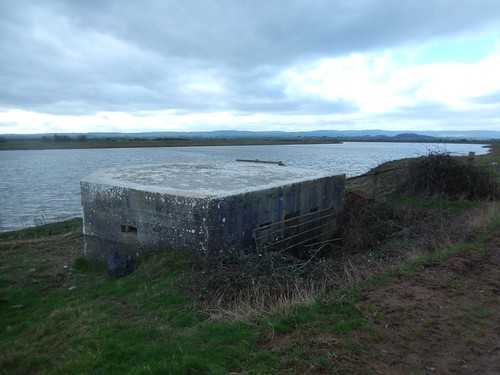 From the previous walk, I was already aware of several pillboxes up and down the river. Here is just one more. Another, I would notice, was flooded inside. 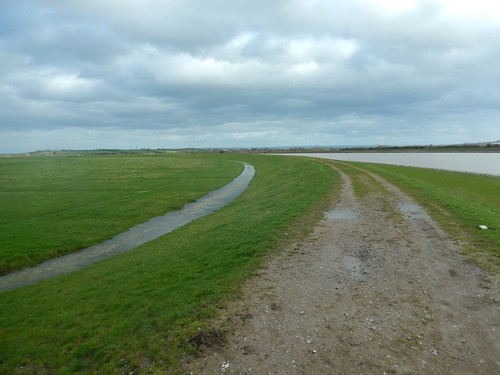 Now, I would follow the riverbank for several miles. Far from civilisation with the sea breeze to keep me awake. At times, I felt quite lonely. When I did leave the bank briefly to seek shelter from the wind and eat something, rain began to fall without hesitation. 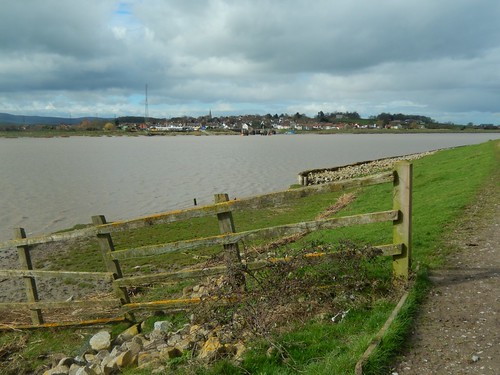 Here, you can see the village of Combwich, on the west side of the river and to the eastern end of West Somerset and its own coast path. Anna and I walked through there almost a year ago. 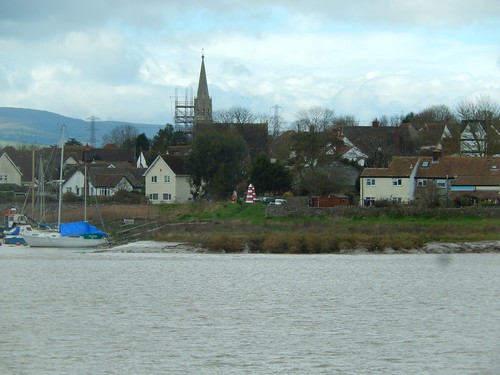 Back then, the wooden structure (almost like a small lighthouse – I forget its purpose) had been given a fresh coat of white paint. Returning now, I was glad to see the red stripes had also been restored. An iconic symbol for the community. 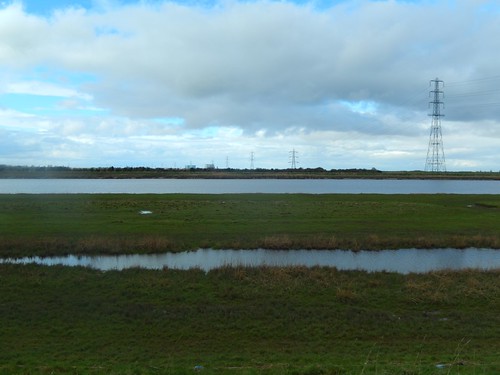 All pylons lead to Hinkley Point. A rather depressing sight. You can say whatever you like about ‘Brexit’ but I still believe the approval of Hinkley Point C was the biggest mistake of 2016… I look forward to walking the actual England Coast Path behind there, when it re-opens in 2019. 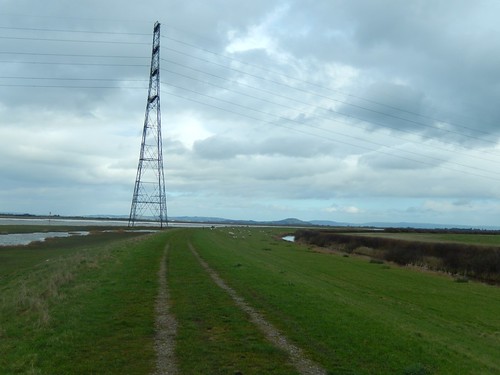 Up ahead, I would play ‘Sheep Whisperer’ to a flock of woollies. They followed me more closely than even cattle might. They must’ve known it was lunch time. 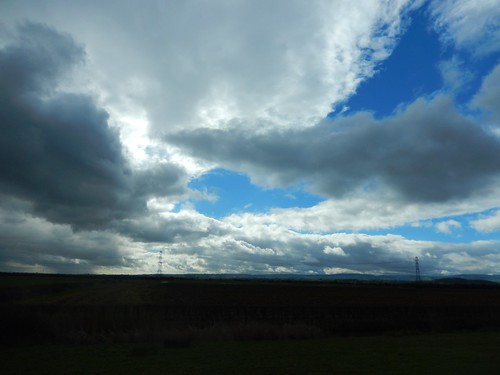 With the afternoon approaching, I felt as thought I was constantly walking with the ‘eye’ of the storm. Clouds appeared to be (very slowly) swirling overhead. Another shower seemed both imminent and unavoidable. 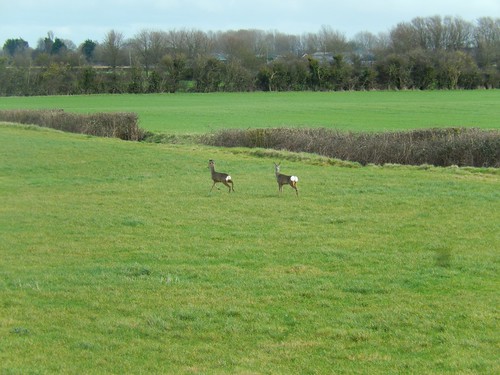 Close to the point where Anna and I left the coast path prematurely last year, I saw two deer in the field to my right. They also spotted me. I’m used to seeing them close to woodland but never would’ve expected to find them here; between a large river and the A38. 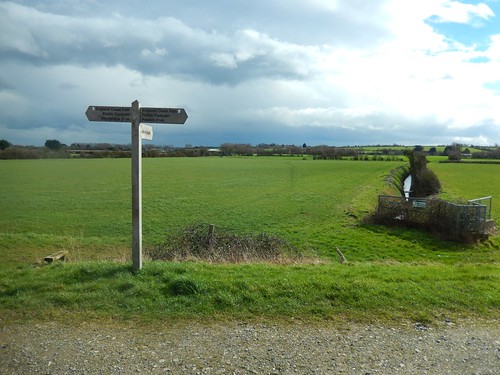 This was the point where Anna and I began our shortcut towards Pawlett; saving a good couple of miles of riverside walking, en route to Dunball. I was glad to see the signs still standing. 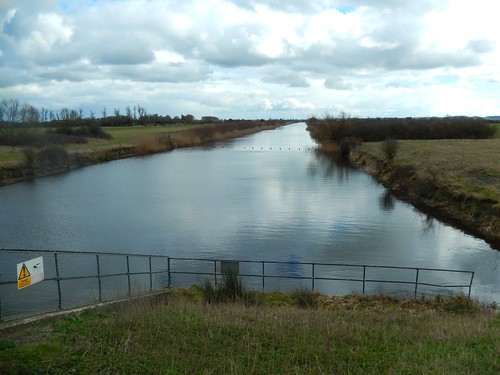 Now following a vaguely familiar path, I soon arrived the the western-end of Huntspill River, where it meets the River Parrett. Always, a beautiful sight. 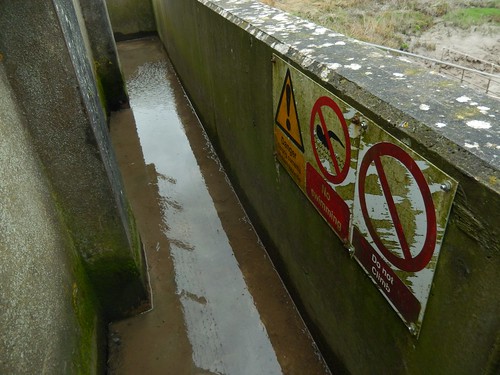 Water had found its way on to the platform of the sluice crossing. It was no deeper than the thickness of my soles but a surprise, nonetheless. 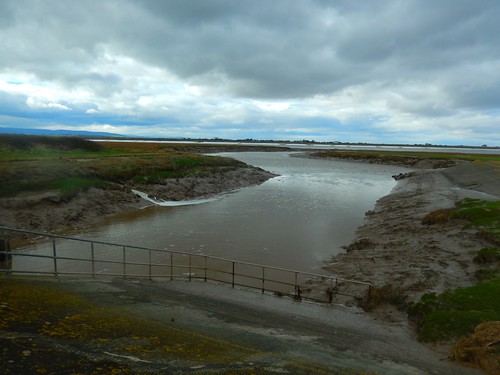 From here, I could retrace the walk of 2016 up towards Highbridge and then back down, walking parallel to the A38, to complete a circular walk of several more miles… 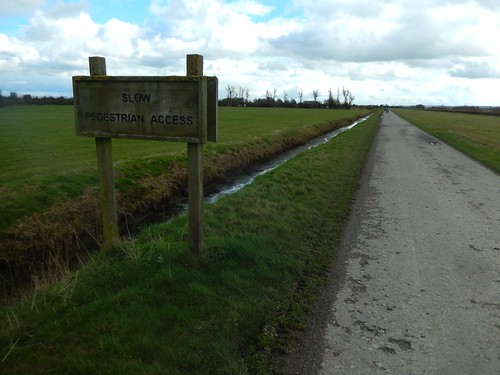 But the sensible side of me recognised the benefits of following the river directly to my car, eating my lunch and heading home for a rare weekend-afternoon off (ie. not walking).

I had no regrets and I think it did begin to rain once more, during the drive home. 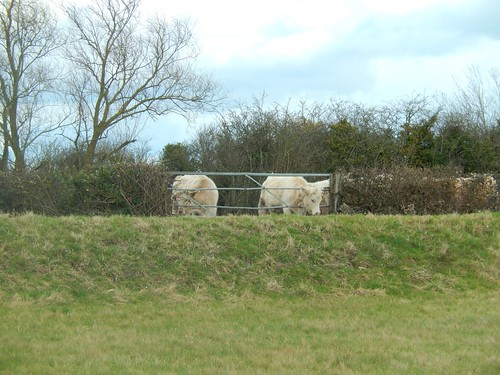 I can now say that I’ve completed this stretch of the River Parrett walk. An enjoyable time, if a little tedious, now and again. Perseverance with car parking usually pays off!

Strangely, it’s almost a year to the day since the previous walk in this area.