An 11 mile walk led by another M

Less than twenty-four hours after conquering Sugar Loaf for the first time, I was ready to jump in my car and spend the day climbing hills in the Cotswolds. 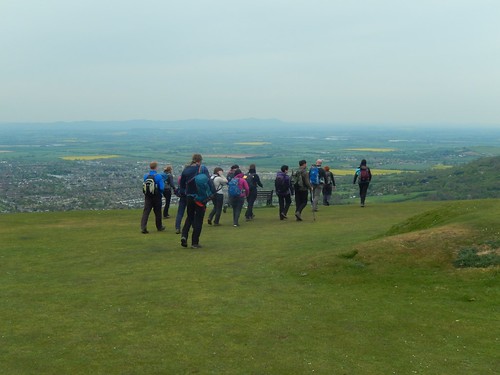 This was an event that was led by Jenny, another member of Brunel Walking Group. I think it was Jenny’s first walk… On a day of firsts for a number of people. 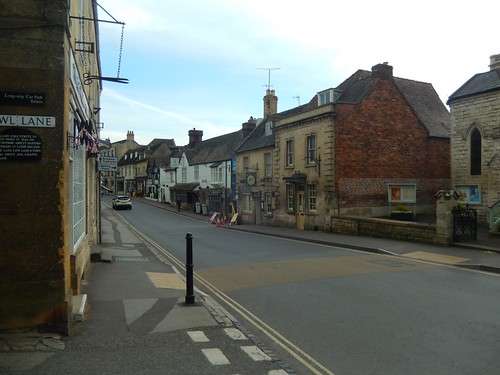 Our walk began from a pay-and-display car park close to the heart of Winchcombe, which was a good hour’s drive from the Bristol meeting point. In addition the parking charges, we each had to spend 20p to use the loos and only one lady made the mistake of paying to stand up and go… 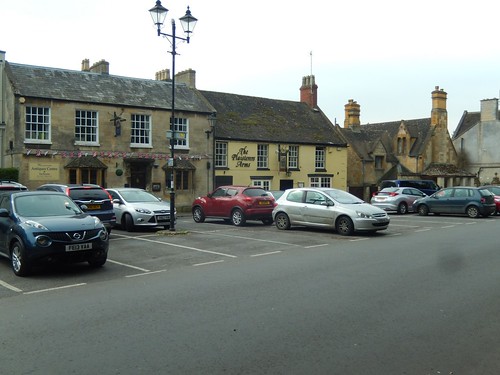 This pub was a very warm and welcome site for a small number of us in February 2013… Led by A Walk Leader Who Shall Remain Nameless, we’d essentially lost our way on the twilight return from Cleeve Hill down to Prestbury near Cheltenham… Only to end up in Winchcombe, three-miles away after several hours of pitch blackness, sleet, hail and snow.

I have no hard feelings towards that walk or its leader. It’s the kind of memory and experience that I’ll always hold on to. ‘The Spooky Walk’. 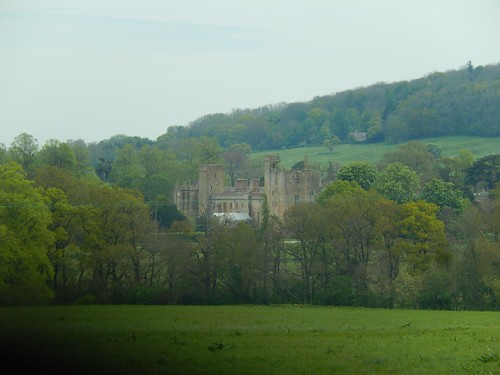 But on this walk, in April 2017, we continued initially along roads, towards and then past the attractive Sudeley Castle, which was drawing in a large number of foot and four-wheeled traffic on this day. 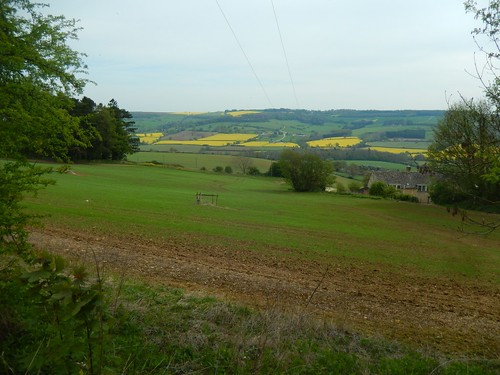 I’d never previously driven any further north than Cheltenham for a walk in the Cotswolds but the views, here, did not disappoint. 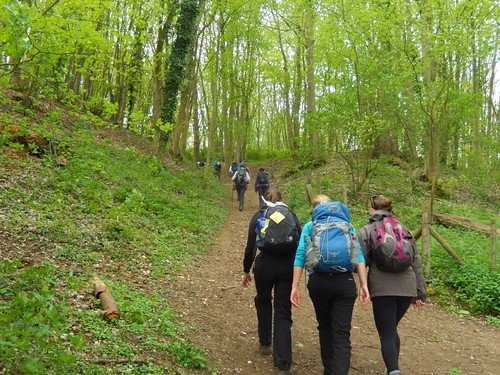 We’d been following the Winchcombe Way; a trail that is probably too easily overlooked with the Cotswold Way standing over its shoulder. This led us to a steep ascent towards Belas Knap Long Barrow. 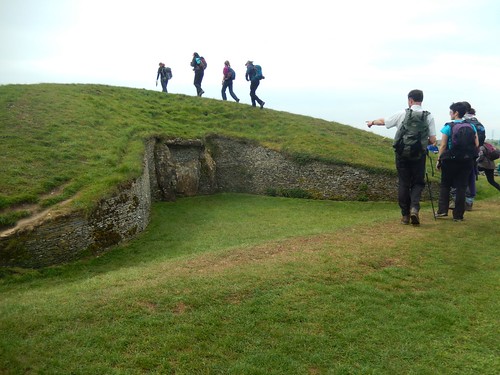 There was a good number of us in attendance for this one with more than a handful of first-time group walkers and new members, if I remember rightly. Belas Knap is always worth a look, even if you cannot crawl far inside it. 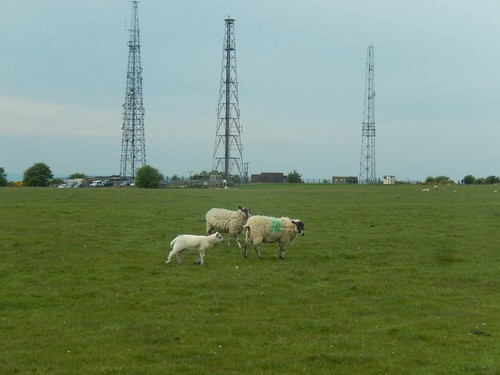 From there and, after a short break, we followed the Winchcombe Way around to Cleeve Common. Which is not to be mistaken for Cleeve Hill… And I think this route also forms as part of an optional ‘Cotswold Way Circular’ route. There were signs ahead of the pylons stating that a conservation area lay beyond the fencing… 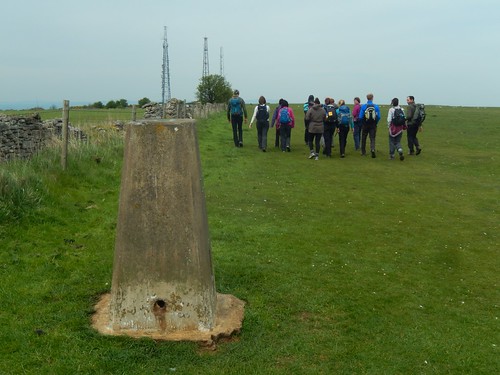 We then discovered the first of two trig points on this walk, which was also the first outing with the group for one of my best friends (she’s since signed up, paid and been involved, for which I’m incredibly proud of and pleased for her). 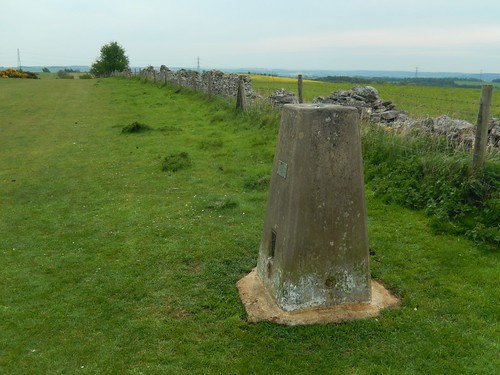 This trig pillar stands alone at 330m above sea level… Making it the true highest point in the Cotswolds, where I had previously believed that was on Cleeve Hill, which I’ve visited several times…

So, there was a first for me on this walk, as well! 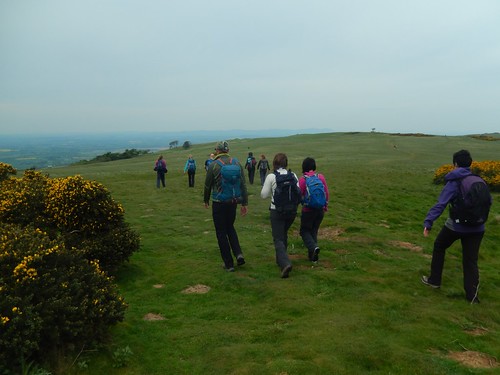 It’s fair to say though, that the views from this high point do not compare to those from a summit which is around 13m lower. Wind-blown, we made our way around to Cleeve Hill, joining up with the Cotswold Way. 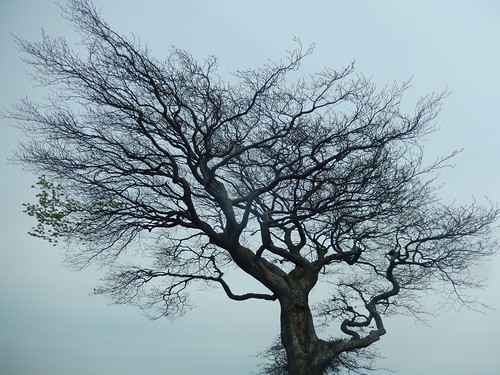 Just before that, we arrived at what is officially the highest tree in all of the Cotswold Hills. Apparently, there was once more of them nearby. Its roots were surrounded by benches and a series of memorial plaques. Had it not been for all the occupied seats, I’d have an additional photo to share with you. 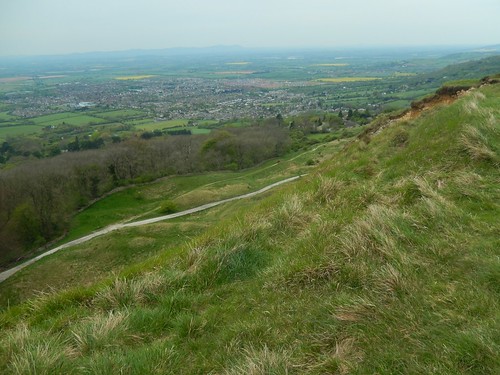 Within minutes of walking, we were now overlooking Bishop’s Cleeve. 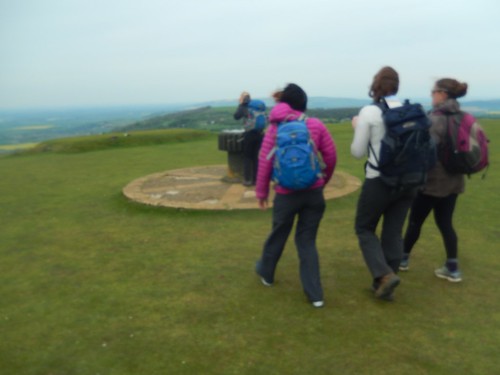 Cleeve Hill may not be the true highest point (despite what people say) but it has more to offer than the broad Common. At risk of being blown away, we all eventually crowded around the toposcope to spot what could be seen. 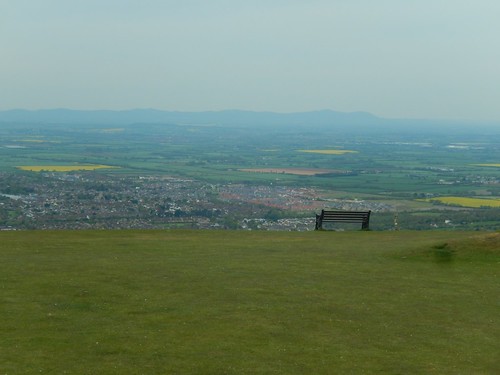 One of the most significant sights has to be the ridgeline of the Malvern Hills, dividing Worcestershire from Herefordshire. Personally, I hold a preference towards another view of this range, which you’ll see in a future walk. 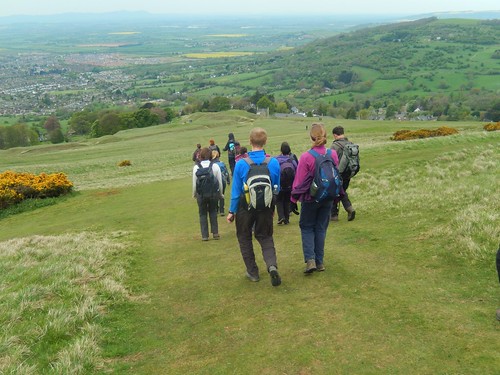 We had our lunch on the hillside, facing west in this same direction. After which, we made our gradual descent past the golf club, whilst keeping an eye open for stray balls in the unsympathetic wind. Our elevation would continue to tumble on our eventual return to Winchcombe, following the Cotswold Way. 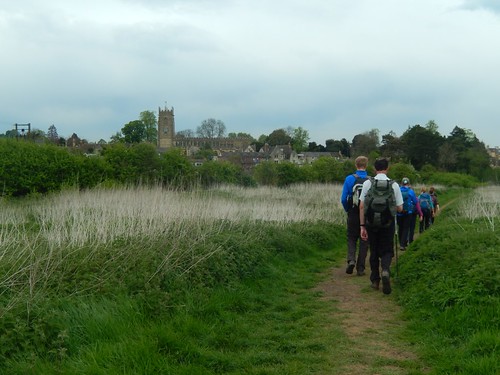 A post-walk pub-stop followed, once we’d all changed our footwear. There are very many places you could choose from, along that one road passing through Winchcombe. But ultimately, I did not return to The Plaisterer’s Arms.