It was a warm and spring-like Saturday afternoon. One of the first we’d experienced in 2017. 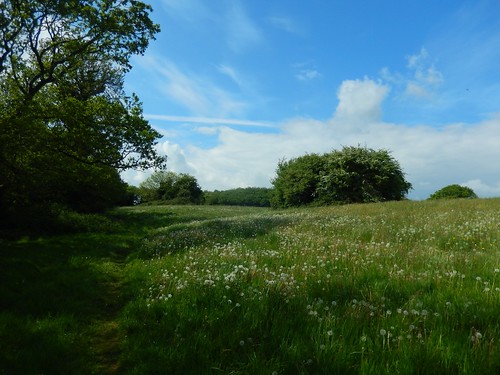 I didn’t feel like driving far so, laced my boots up and set off from my front door.

Walking from Wrington, I immediately picked up the trail of the 2 Rivers Way and began heading away from the village and destined for the A38. 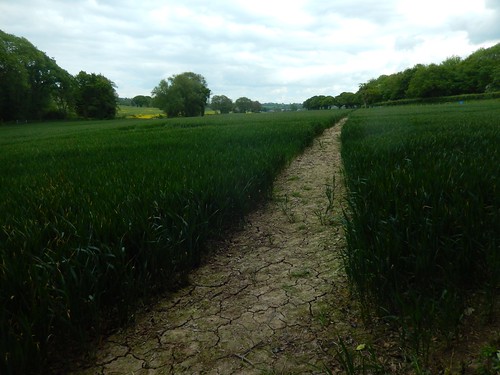 I don’t often walk this way around summertime. Driving past along the A38, these fields often appear to be overgrown with shoulder-heigh crops… So, I was pleased to find several pathways had been cleared for easier access. 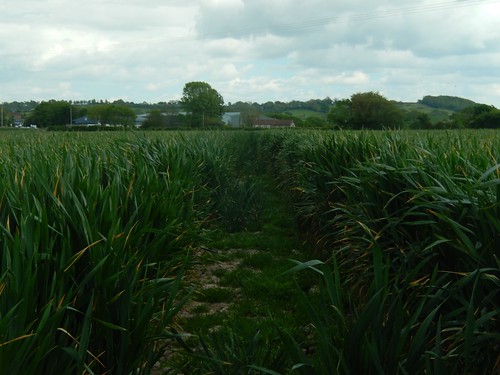 In the final field, there was a minor myriad of paths to choose from, with additional routes branching off from each one and no hint of waymarking beyond the entrance gate. I kept the view of Lye Cross Farm in sight and marched on, successfully finding a stile at the far side. 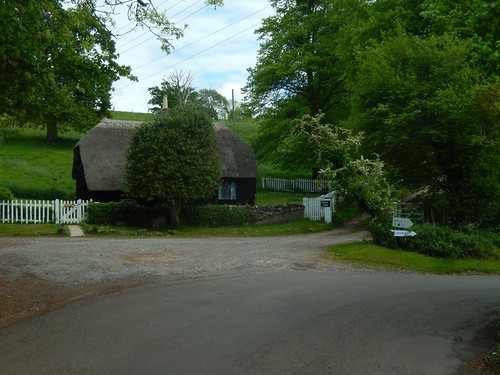 I walked south along the busy A38 for a bit before carefully crossing over to follow a minor road in the direction of Aldwick Court. This estate is not as accessible as, say, Ashton Court or any National Trust property. It’s a private and corporate events venue, much like Priston Mill near Marksbury (minus the watermill, perhaps). 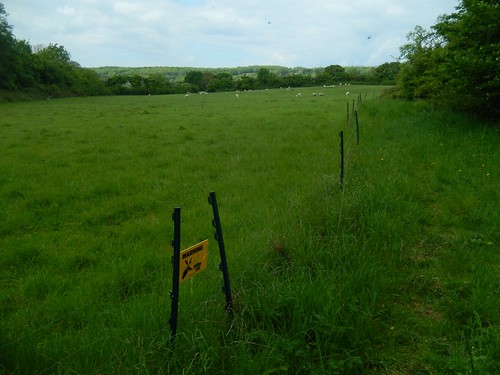 I turned away from the entrance and left the road to follow a clearly defined path heading north towards the same farm I had seen earlier. 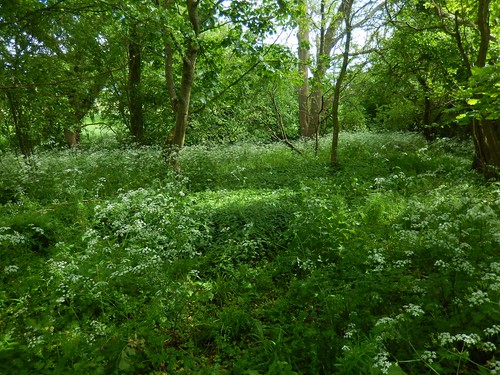 I sit here and write this today (Wednesday), the temperature is expected to exceed 31°C… I remember this walk as being a warm one but it certainly wasn’t unbearable.

It was a case of walking forward from here; passing through the obvious gap in the hedge, due to a lack of waymarking in the field. 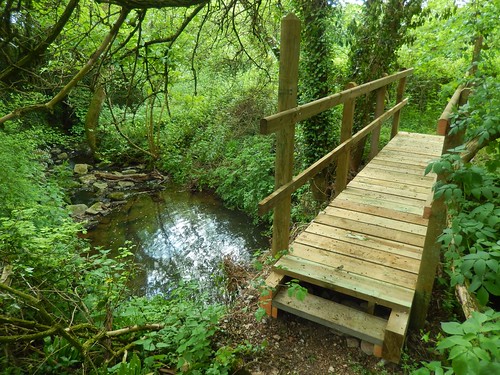 A very brief but muddy descent led me to this tranquil space beneath the trees. Someone local on Instagram recently asked if I was part-responsible for the installation of this bridge. It was new but I had no hand in it. Although, I have reported the deteriorating condition of several other local footbridges to North Somerset Council (and, unlike them, they’ve as yet not responded). 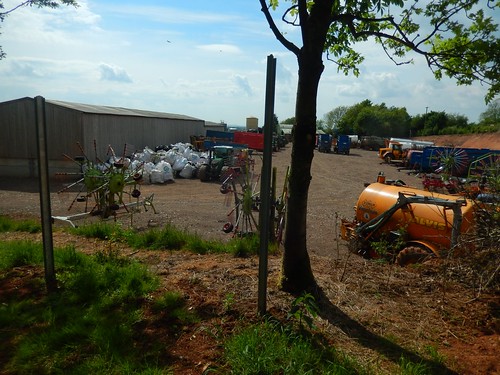 I had to step over a couple of low wire fences to reach the next kissing gate, which then led to Lye Cross Road, where I crossed over to climb another path that cuts around this farmyard.

While the perimeter fencing is still to be completed, this yard is also owned by the Alvis Brothers. who own Lye Cross Farm. 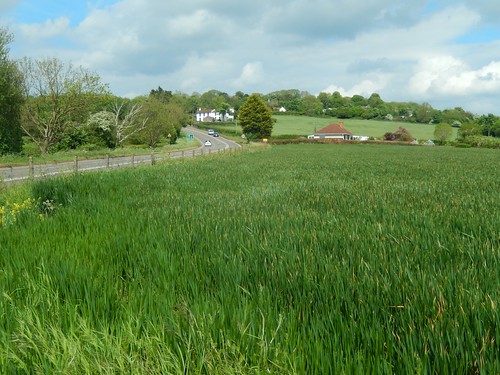 Soon, the A38 was in sight and I was climbing gently once again.

Crossing over the road, I’d intended to follow a footpath climbing up past Chancellor’s Farm but, there was no waymarking on the gate I found and black cattle standing either side of the track ahead. 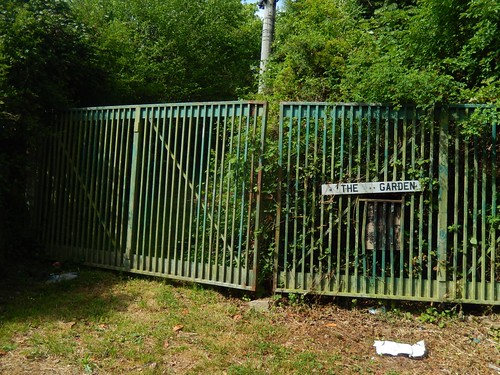 I continued about further up the A38 and followed the roads to the centre of Redhill, after spotting this uninviting space behind the local pub. 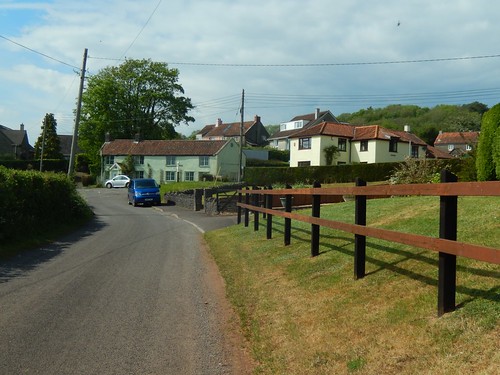 This is Redhill, as viewed from The Pound. I kept looking to my left but didn’t find indication of a path or waymarking that would’ve led me to this point. I think this requires further investigation, one evening. It’s possibly beyond the industrial units that are occasionally available to let. 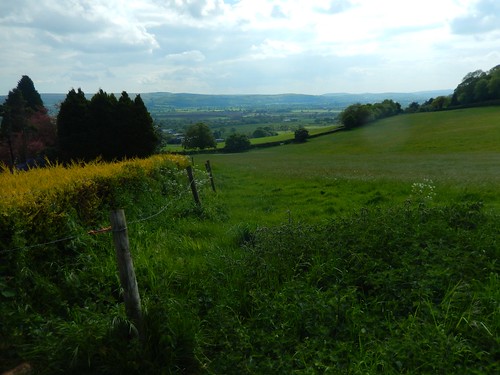 I crossed the junction and continued up a dead-end road with houses to my right; confident in the belief that a right of way was up ahead. 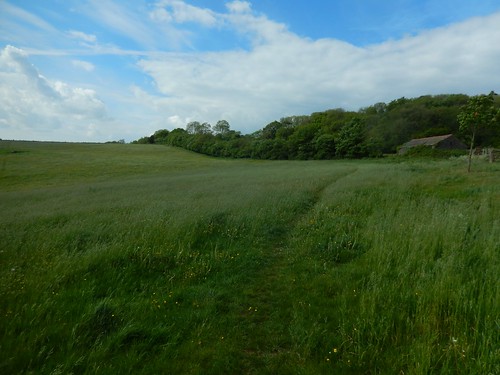 Now, I had great views of the Mendips, down and away to my left. On the entrance gate was a sign informing people to stick to the right of way. Too often, I see people (not ones I would refer to as ‘hikers’) walking all over the place and even through fields without a right of way. 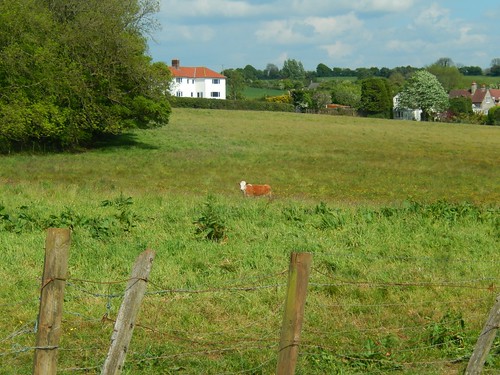 I was now heading for a Cottage Farm and a series of paths that I’ve become more familiar with, over the past year. 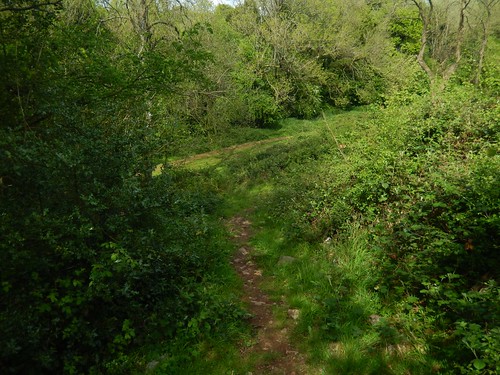 My next destination was just south of Broadfield Farm; an area I would usually avoid as the floor as the bottom of the valley tends to be heavily rutted and waterlogged throughout the winter and spring. But, on previous occasions, I’d never quite been able to find the unsigned paths climbing up the hill. 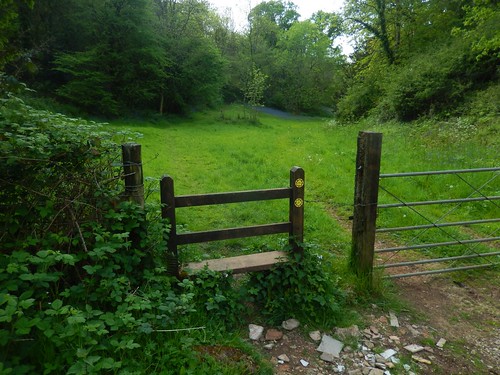 By walking one in reverse, it became quite obvious and I realised I must’ve been very close to finding it a few years ago. I should do this again – on the stile above, you can see one arrow pointing off to the left but, all I’ve seen so far appears to be a slight animal track… More reverse-walking is required, here. 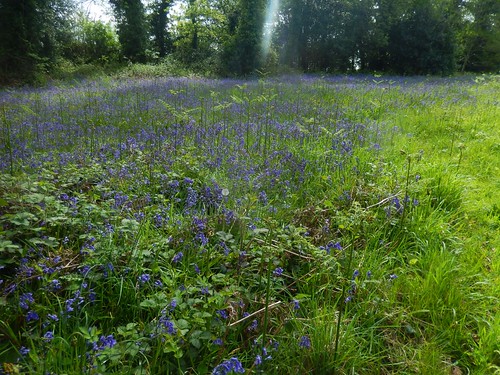 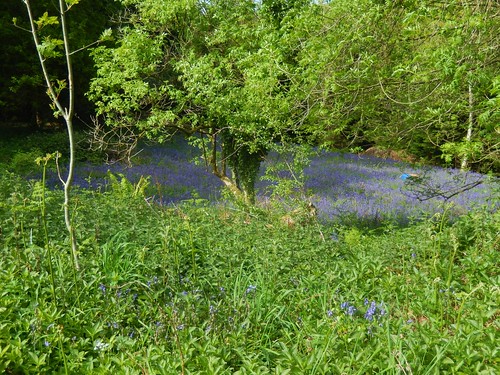 From here, it was a familiar but enjoyable two miles of walking back to Wrington.

Distance of this walk: 6 miles