As I reached Pen Trumau, close to the halfway point in this walk, I’d achieved a height of around 700m above sea level. 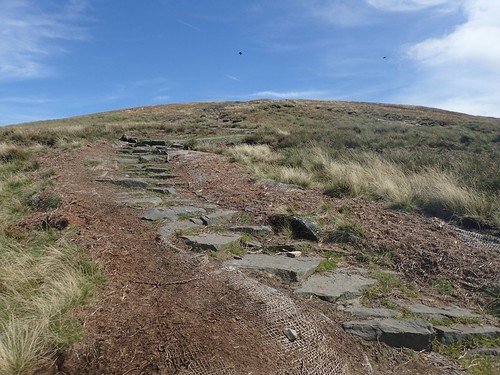 Waun Fach, the highest point in the Black Mountains range, could be reached by climbing only another 100m or so. 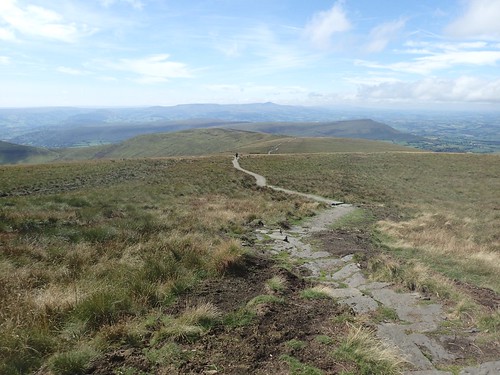 When you’re following an ascent while a man and his dog happen to pass by in the opposite direction, you can feel safe in the knowledge that you’re closest to the highest point, or another position of bagging rights.

I cold see from my map that there was no trig point to define the highest point in the Black Mountains… From a distance, this summit had appeared quite significant… 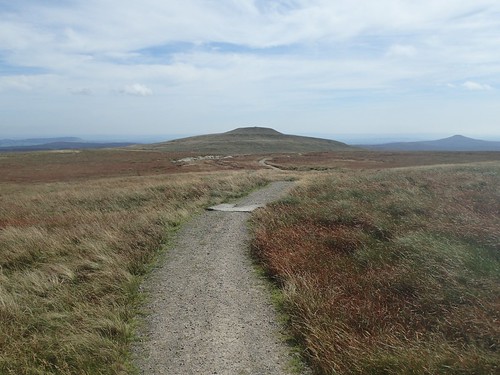 I pushed on, eager to lay my name to this claim, having already ‘bagged’ Pen Y Fan in the Brecon Beacons, several times, now. 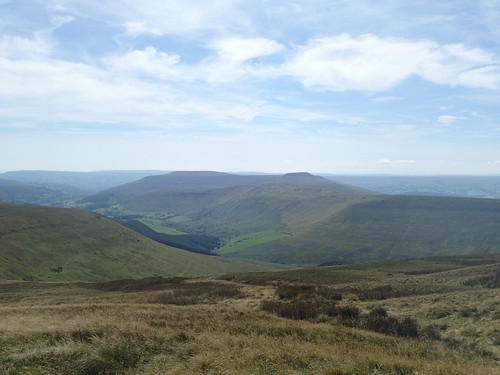 Momentary confusion struck as I reached a T-junction arriving from the left… ‘This can’t be right’, I thought. ‘Maybe this path hasn’t been recorded on the map’, was my conclusion.

To my right was a gathering of teenagers in camouflage. Army cadets? Trainees? One said hello while the others stared blankly. I didn’t dare to ask why they were standing around on this most insignificant of plateaus. 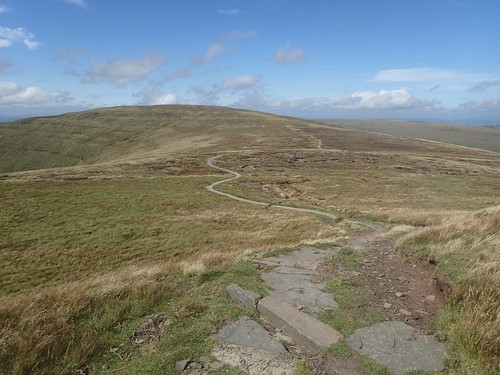 Following the path ahead, I realised my compass was point south-east. Then, as I continued to lose height, it hit me: I had just crossed  over Waun Fach! That’s why the army kids were waiting there, on the highest point in these mountains!

Maybe I should buy one of those wristwatch-style devices that measures your height above sea level… I was told of their name only three days ago and, already, my memory has failed me.

In the photo above, I’m looking back towards Waun Fach from Pen Y Gadair Fawr, where I would stop for lunch.

Based on my understanding of the correct pronunciation of “wine fower” (Waunfawr) in northern Snowdonia, I believe I’m correct in saying “wine vac”. But please, feel free to correct and educate me, if you’re a native Welsh speaker. 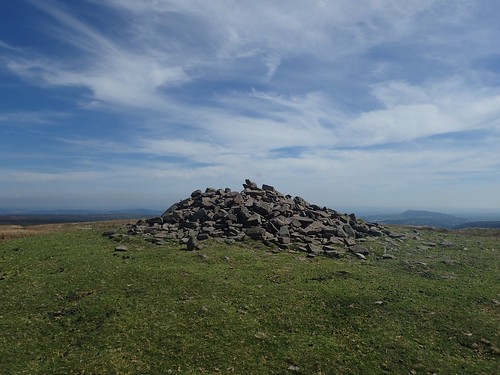 A reasonable cairn marks the summit of Pen Y Gadair Fawr. In my opinion, this peak is more pronounced that it’s slightly bigger brother and there’s only 10m in height between the two.

Only two other people were enjoying their lunch on the north side of the mountain and I followed in their idea, seeking my own space to sit, sheltered by the wind but surrounded by sheep poo. 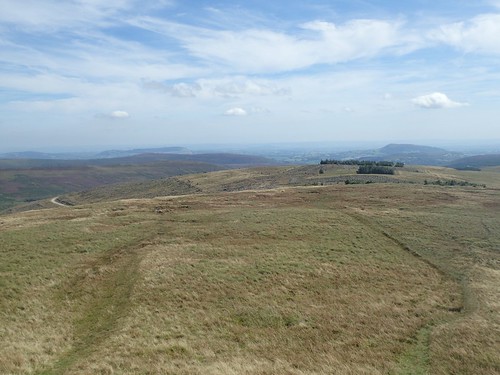 I was pleased to be walking here on such a beautiful summer’s day – the best weekend of August 2017, by far. It was around 25°C, although I could barely feel that, on top of the Black Mountains. 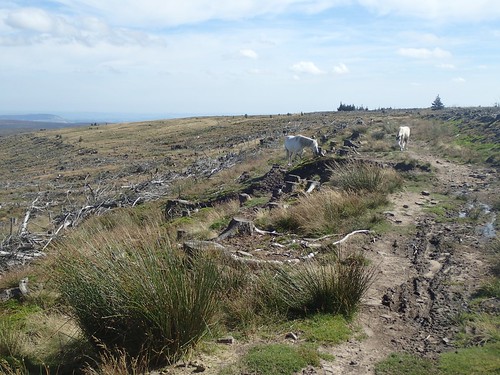 I continued my south-eastward ambulation; staying high above Blaen-Y-Cwm to follow the edge of the woodland… A gathering of trees that, sadly, appeared to have suffered a great loss. I’m sure there’s also a good reason for that – maybe the thirsty roots were depriving the peaty landscape.

Over the weekend, I heard that trees near the Storey Arms Centre (aka. tourist’s route to Pen-Y-Fan’s summit) have also been removed. 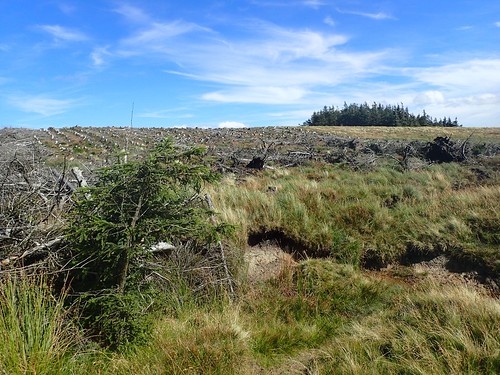 Somehow, I ended up on the wrong side of the “forest” and had to follow a deceptively boggy track in order to get back on course. Fortunately, this is all within the boundary of Open Access Land. Although, finding certain paths was not nearly as easy I had known earlier on in this walk. 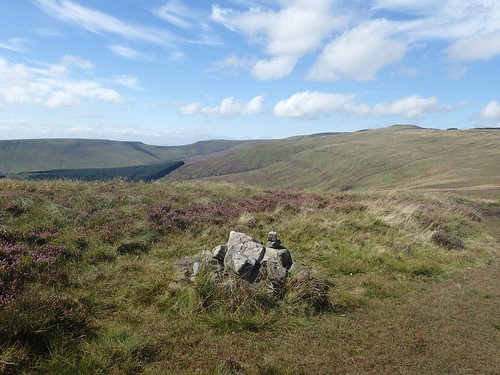 Still following the edge of Mynydd Du Forest, I walked southwards, crossing Pen Twyn Mawr (658m above sea level) and looking back to several of the peaks that I had passed, including Waun Fach.

This does, of course, mean that I’ll have to head back and bag it properly! 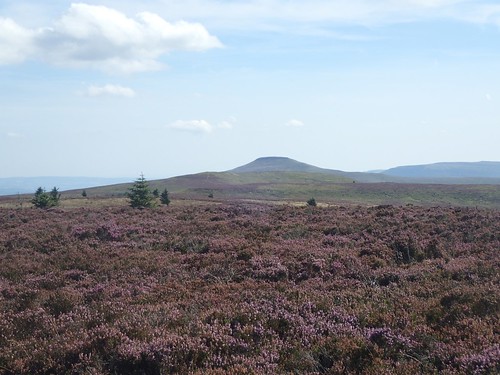 Dead ahead of me was Sugar Loaf hill. I wouldn’t be walking that far south on this day. Before that though, I should arrive at the summit of Crug Mawr: 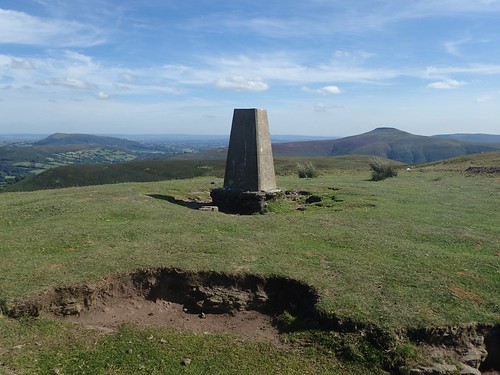 ‘Only’ 500m up (so, it’s a hill and not a mountain) and quite the spectacle in its own way. With Sugar Loaf to the south, you can also see what might be Hatterall Hill, in the left of my photo above. With a very English name, it’s one I’ve yet to visit, along with The Skirrid (Skirrid Fawr), further south again. 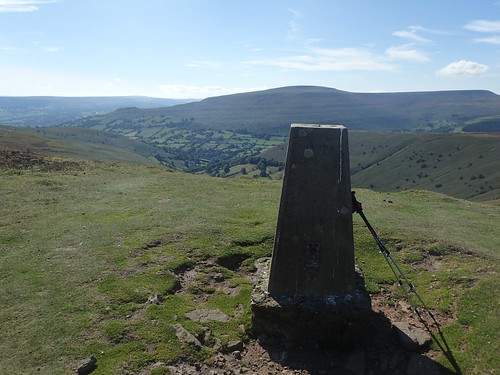 From here, I could join the Beacons Way and begin my final descent in to the village of Llanbedr. Table Mountain, Pen Cerrig-Calch and Pen Allt-Mawr can also be seen in the photo above. 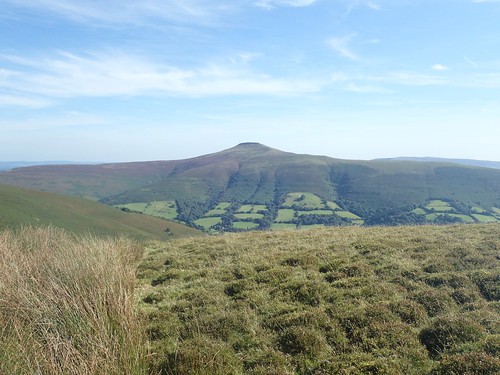 For Waun Fach, I shall return. 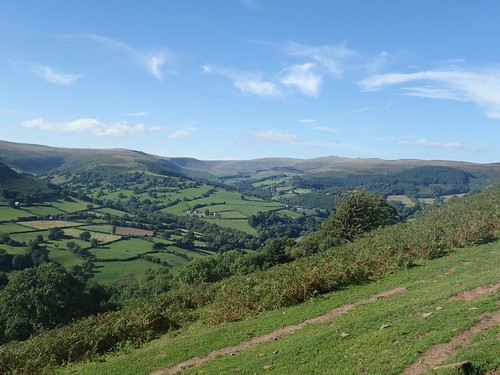 I felt pleased to be on the descent. I look forward to soon removing my 65lt rucksack from my shoulders. Looking to the north, I think I captured my favourite with of the day, with a glimpse of everything that I had achieved within the space of a few hours. 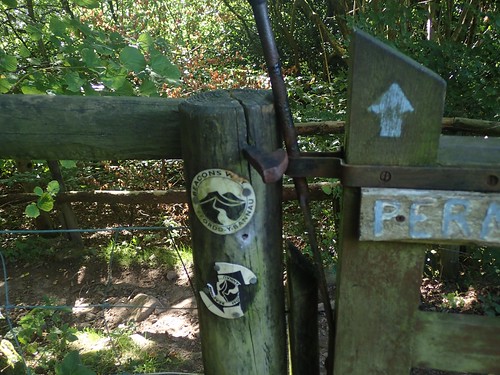 Last summer, I attempted to follow the Beacons Way from Fan Y Big down towards my car past the Upper Neuadd Reservoir… With uncertain map-reading skills, I didn’t find the route to be waymarked. Here though, I held no doubts over the route ahead. 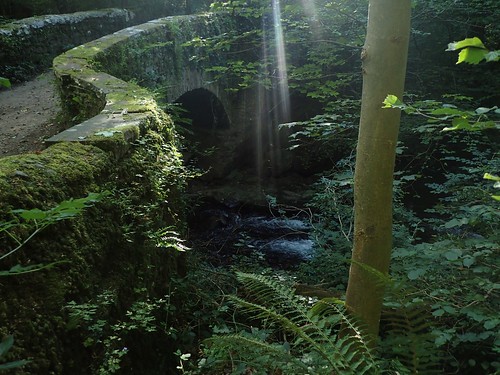 I left the Beacons Way upon reaching the road and dropped further downhill to arrive at this bridge crossing Upper Cwm on the edge of Llanbedr. 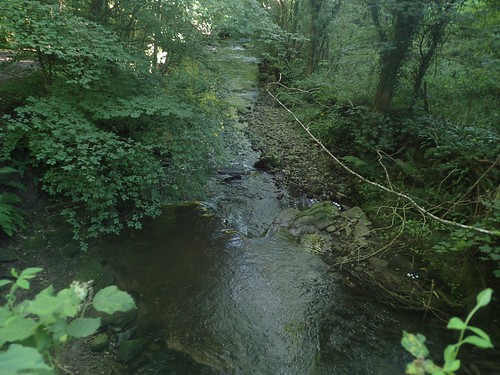 A truly refreshing space. Down here, I couldn’t imagine the temperature being any more than 15°C at most. 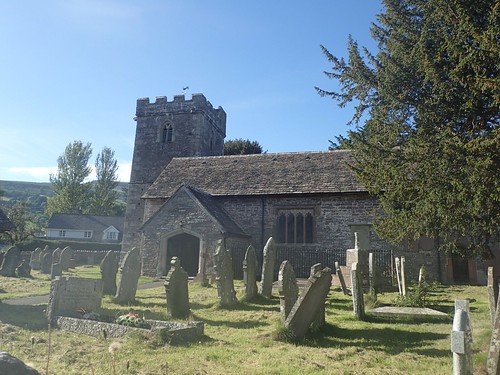 A short but strenuous ascent was waiting for me across the bridge. Upon reaching Llanbedr, I was struck by the extremely warm but humid air. A sensation I’d been able to avoid, these past few hours spent up on the windswept mountain tops.

I retraced my steps along the road to the car and, before too long, I was heading home.

Distance of this walk: 17 miles

If you’re a subscriber to OS Maps, you can click here to view my route.