At the end of my previous post, I’d followed the Severn Way long-distance trail as far as Severn Beach in South Gloucestershire.

Now, I would make my way south-eastward towards Bristol, in order to return to my car. 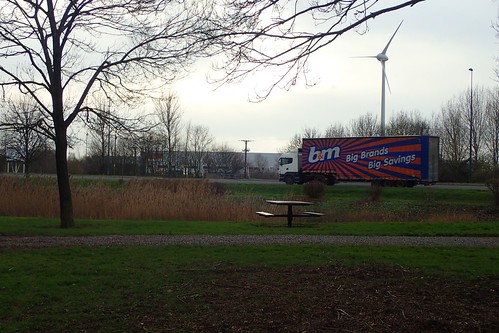 I picked up and followed a right of way that crosses the A403 and leading me towards the Western Approach Business Park. A portion of this route is a cycle path. Most surprising of all was the inclusion of a picnic area… Metres away from the sights, sounds and smells of passing lorries. 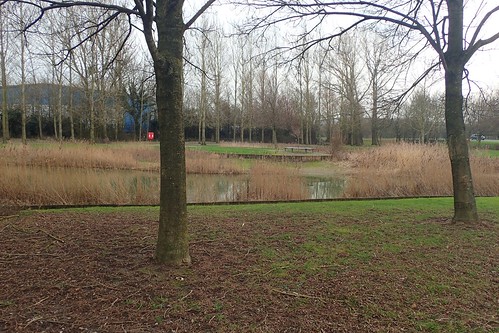 Whatever you may think of its location; it appeared to be free of litter and flytipping. 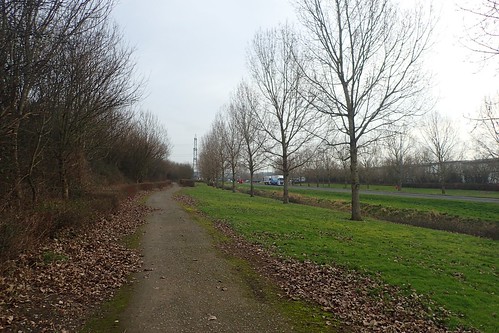 Crossing the ‘park’, I was back walking alongside this industrial way. At least there was a footpath and away from the road’s edge. 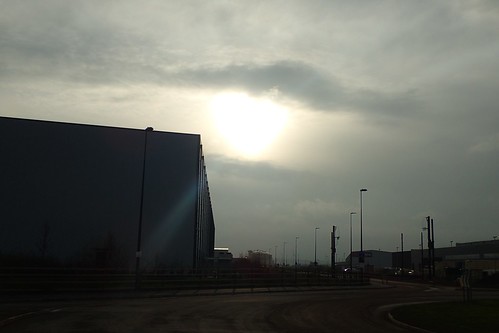 There wasn’t much to look at, here; let’s be honest about that! Unless warehouses and factories are your thing… I was pleased to in to the second-half of my walk. 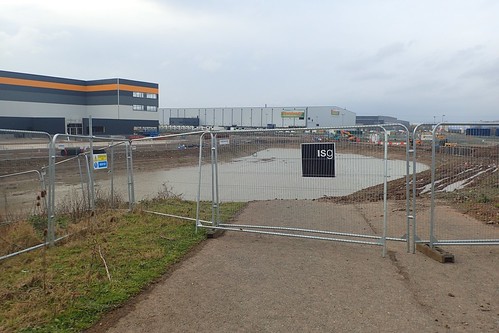 My intended escape route, following the cycle path, was partly disrupted by construction work. I’ve no idea what’s going on or may be built here in future but the diversion was clear and easy to follow. 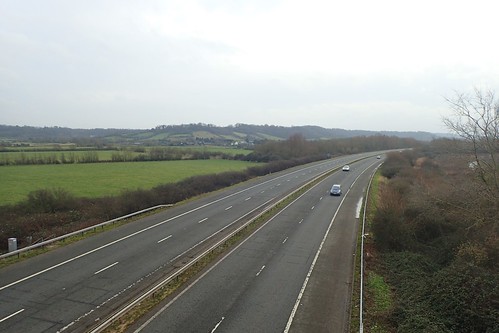 Crossing the M49 once more, I had my sights set on Spaniorum Hill, as I continued towards Easter Compton. 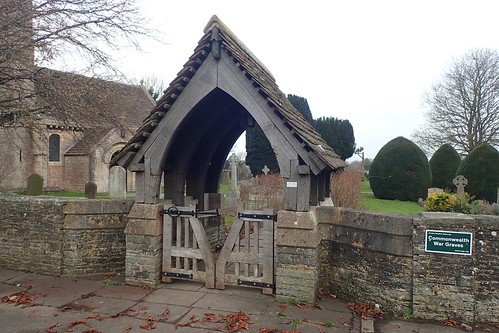 Easter Compton is one of many villages surrounding the northern half of Bristol that I’d never visited. Before climbing up the hill, I took a brief diversion to explore the local churchyard. 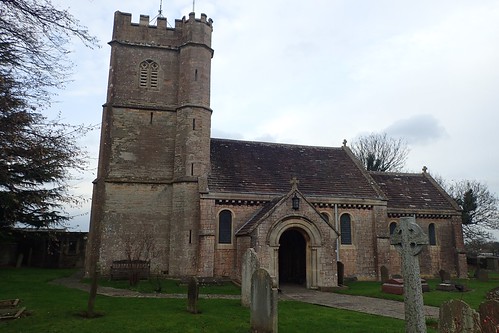 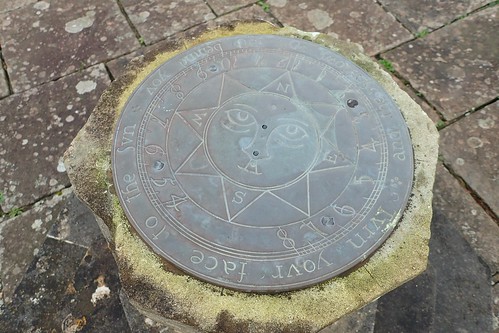 This is Easter Compton Methodist Church; a point at which I would also join the Community Forest Path. 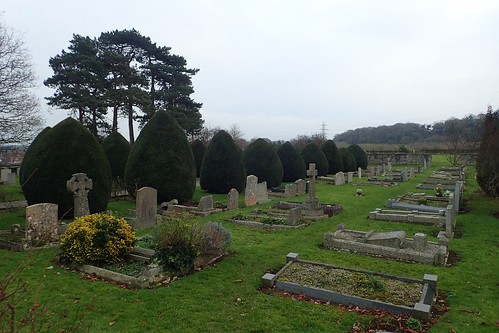 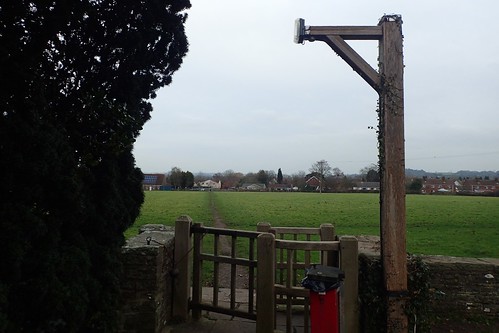 I’ve no idea if I actually found the Commonwealth War Graves but it looked to be a nice area to live in… Ignoring the fact that it exists between two motorways. 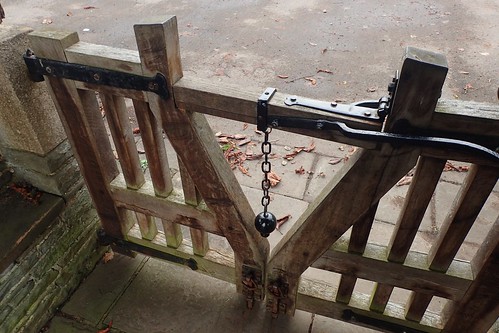 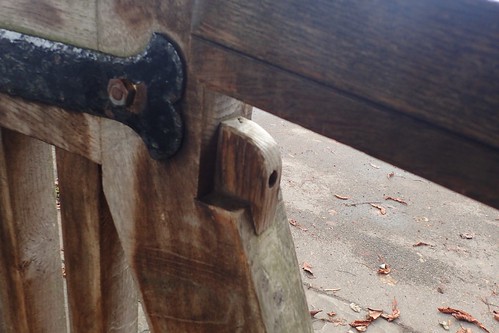 With my woodworking background, I was as interested in these gates as much as anything else. 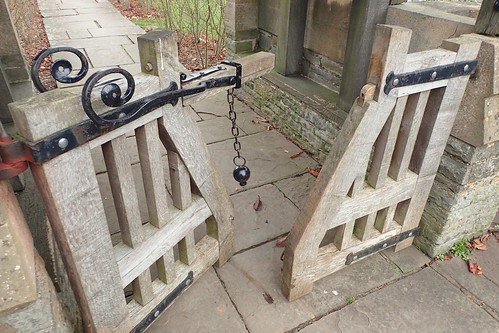 I wonder how closely they resemble the original design? 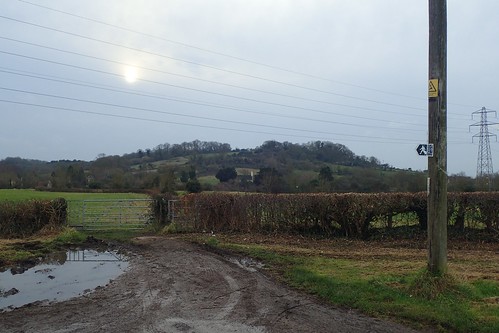 Leaving the churchyard from the same way in which I’d entered it, I looked on to my next challenge: Spaniorum Hill.

This section also follows the Community Forest Path; a forty-five mile long route that vaguely circles the city of Bristol. It’s one that I’ve not attempted to complete, even though I’ve encountered it in several areas (most frequently around Pensford). Maybe I’ll add it to the list, once I’ve completed my stint along the Severn Way… 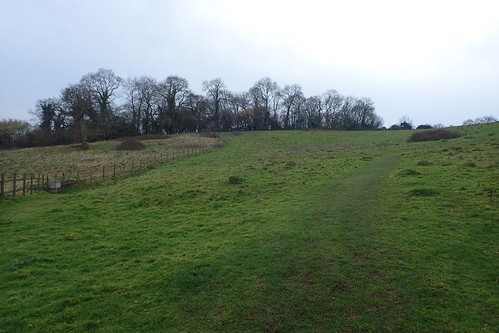 Both of the initial fields leading up to the summit are private land, where you must follow the right of way. In the third field, sat on top of the hill and close to its woodland, you’re legally free to explore it as Open Access Land. 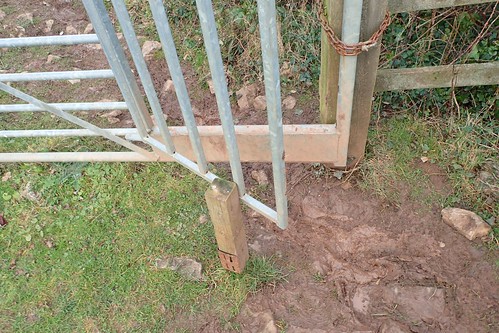 On entering this space, the landowner has unhelpfully driven a metal spike and post in to the ground, which limits the gate’s ability to open fully. I had to squeeze through with my backpack on and, while I can understand the farmer’s concern in wanting to keep the gate shut… Gravity should do that, as it wasn’t hung plumb and leads back down the hillside. 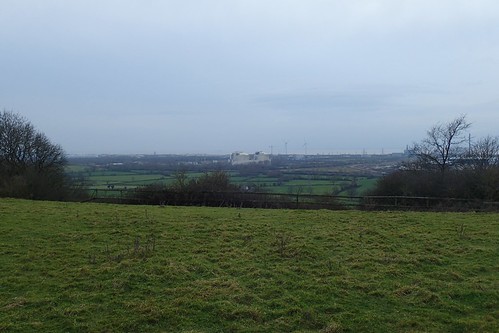 On a clear day, you can probably see parts of Wales from up here; no more than 65m above sea level. 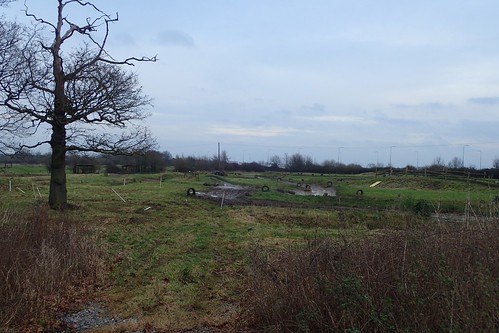 I followed the Forest Path south along field edges, including some that were very wet under foot. Moments before crossing the M5, I passed the site of what appears to be a motocross event space… Because I can’t think of a more recognisable term. 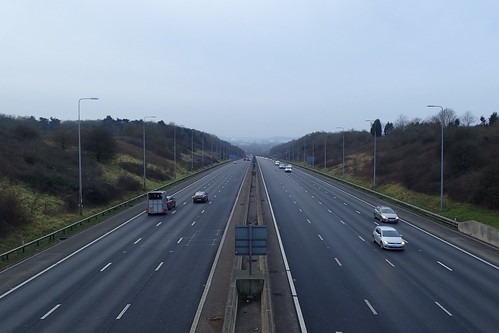 I thought of all the high-speed under-pressure drivers passing beneath me, as I casually plodded on… Unaware of the car waiting to pass, as I straddled the roadway in order to take this photo! 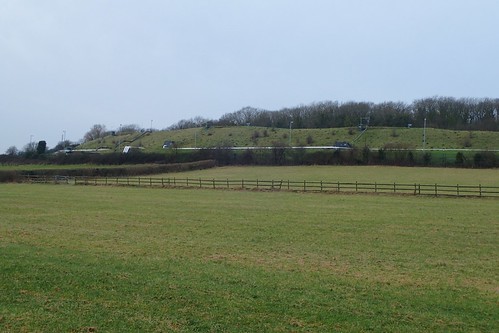 Passing Norton Farm on the other side of the road, I saw to my right, what appeared to be a man-made and covered reservoir… Well, I couldn’t think of what else it might be. 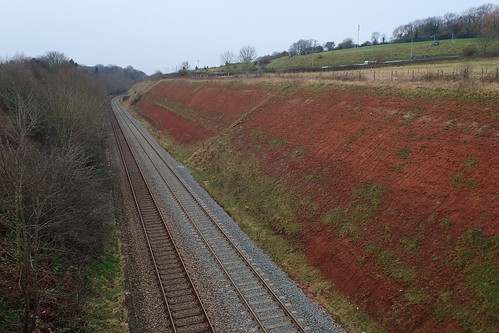 Having crossed two motorways on this walk and twice each, I would next cross over another railway line before returning to greater civilisation. 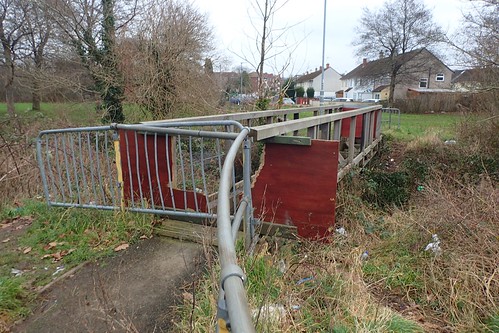 North of Henbury, east of Lawrence Weston and west of Brentry… I don’t which urban parish I was walking through but, still following the Community Forest Path (albeit, the apparently unsigned and ‘optional’ route), I met another stumbling block, in the form of my second shut-off bridge of the day!

At least there was no scaffolding present on this one. I doubt the city council are paying a small fortune for this and, 100m south along the stream, I could follow a road-bridge to the other side. 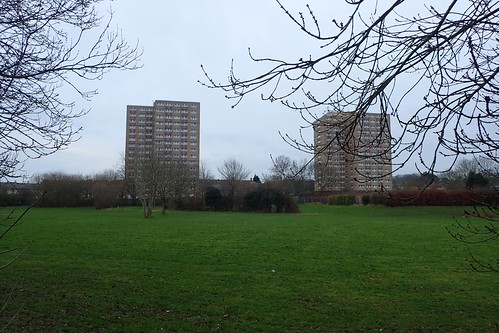 I’m quite glad there aren’t more high-rise buildings like this surrounding Bristol. Otherwise, the suburbs may look too much like Birmingham! Not to mention the population increase. At the same time, I find it odd that these two tower blocks are here… So far apart and yet, so abstract.

I was able to follow this brook or stream south to an Aldi supermarket, with the B4057. From there, roadside navigation back to my car at Blaise Castle was straightforward.

Total distance of the walk: 16 miles