This was a ‘Joint Walk’ from Brunel Walking Group, where both age groups (20s & 30s and 40+) are encouraged to come along. It was also graded as a ‘3 Boot’ walk, which is the most challenging in our system of walk grading.

I climbed both Sugar Loaf and Crug Mawr on my own in 2017 but I fancied doing this walk as it had been a while and the weather forecast was in our favour. 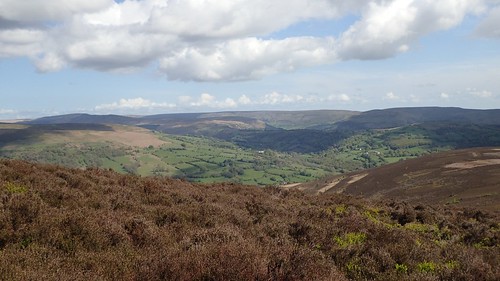 After car-sharing from Bristol, we’d begin the walk from the Fro car park (SO 292 200), beside the north-eastern slopes of Sugar Loaf itself. This car park is free to use although, with a group of our size, we filled it up very quickly, to the inevitable frustration of others. Some of the lanes leading to this point are frighteningly narrow. I was relieved to be a passenger and grateful to pay for this privilege! 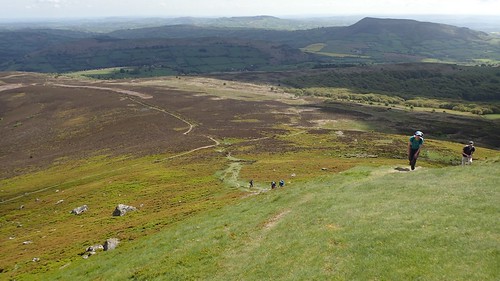 There was only one direction in which we were going to head from the Fro car park and that was steeply up to the 596m summit of Sugar Loaf. It wasn’t a short or easy climb and I believe I’d made the mistake of wearing thermal layers, in preparation for the chilling winds we would likely find at the summit. 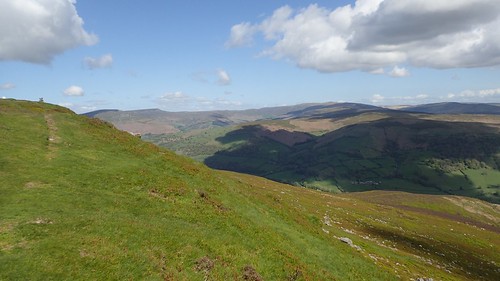 Merino wool is not appreciated when you’re huffing up a hill in sunshine with protection from any passing wind. 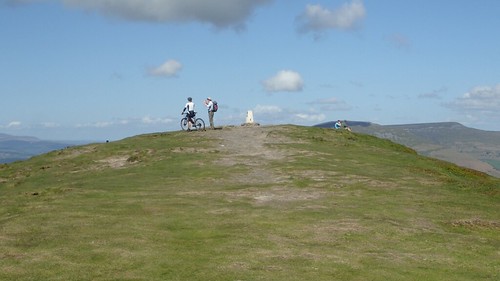 We wouldn’t be the first or only people to reach the trig point at this time of day. Yes, some were confident enough to wear shorts, while I was baking beneath my concealed merino layers! 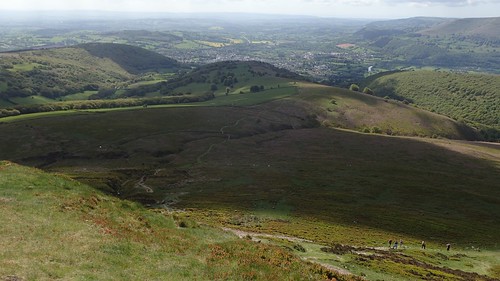 Cloud cover was sporadic, casting an impressively dramatic shadow over the foothills below. At least it was refreshingly breezy on top. I almost felt as though my layers were justified. If only for these moments. 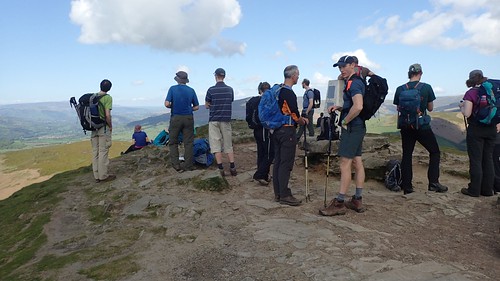 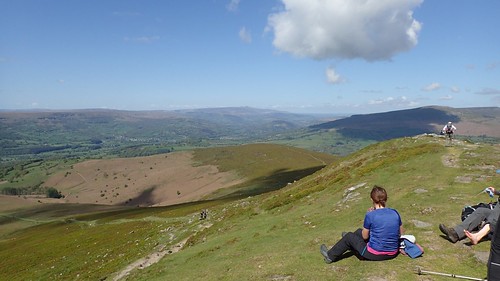 In the distance, the peaks of Corn Du and Pen Y Fan can be seen in the Central Brecon Beacons. 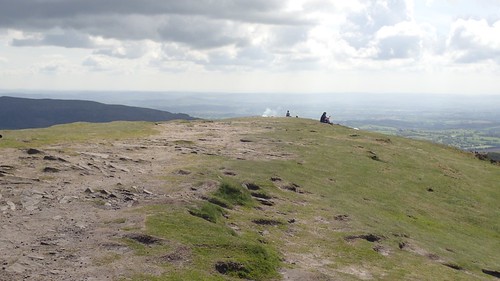 Sugar Loaf is technically four metres short of being classified as a mountain. But the climb is always rewarded with excellent panoramic views. To the east, the landscape subsides towards the relatively lower levels of the west of England. 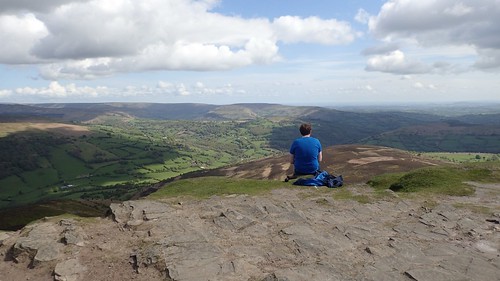 North of here, we have my beloved Black Mountains and the eastern end of the Brecon Beacons National Park. 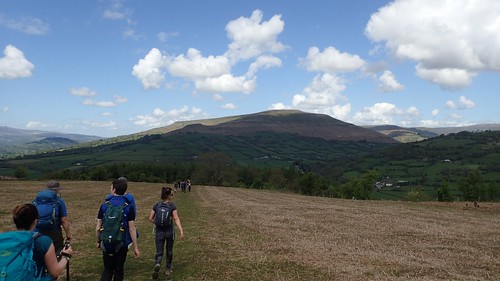 We left Sugar Loaf via its western slopes and keeping to the north of Llangenny. This was initially following in the reverse of my own ascent here around twelve months earlier. 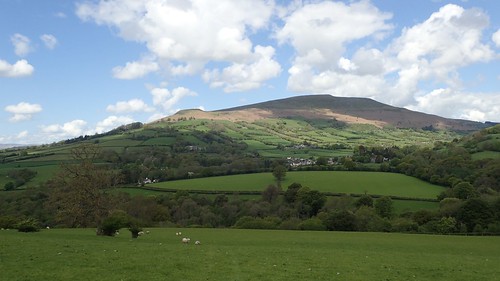 Table Mountain (Crug Hywel), Pen Cerrig-Calch and Pen Allt-Mawr. We wouldn’t be hiking that far on this day but a very prominent feature of the local landscape, regardless.

I do find it interesting, in South Wales, how some hills are most commonly referred to by their English names. 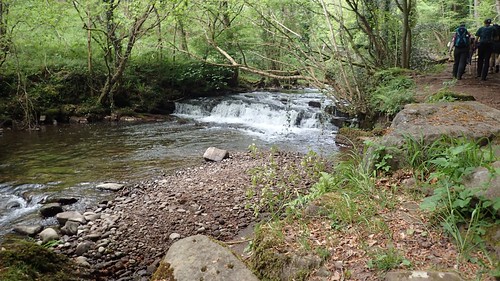 We’d followed the Grwyne Fawr heading north and only eight days after I had passed its man-made reservoir on a walk heading south from its source. 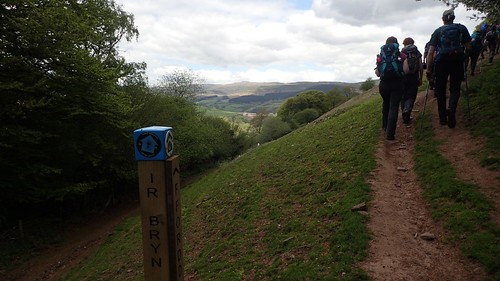 Crossing the river, we’d join the Beacons Way to the north of Llanbedr and begin the next uphill challenge of our day walk. 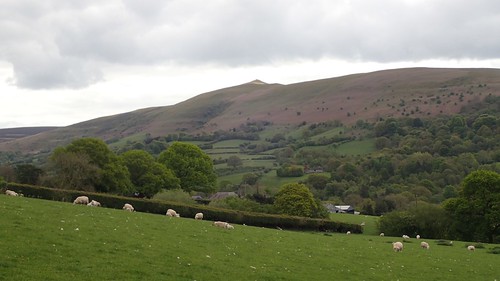 From this north-westerly perspective, Sugar Loaf looks more conical than I’d ever noticed. Almost insignificant, in the way the Mynydd Pen-Y-Fal ridge sits up beside it. 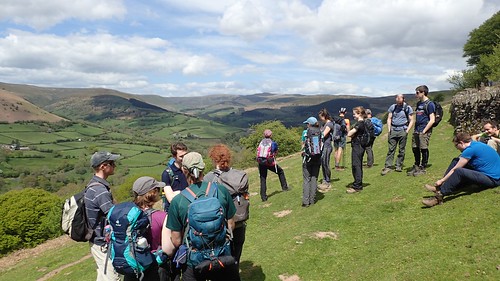 We wouldn’t climb for too long before stopping for lunch, just west of Blaen yr Henbant. 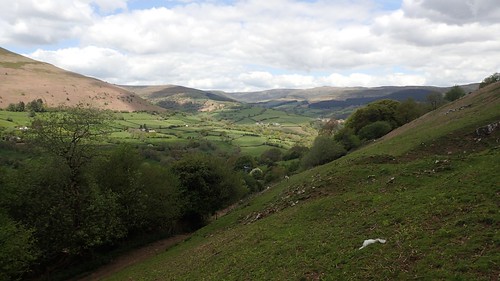 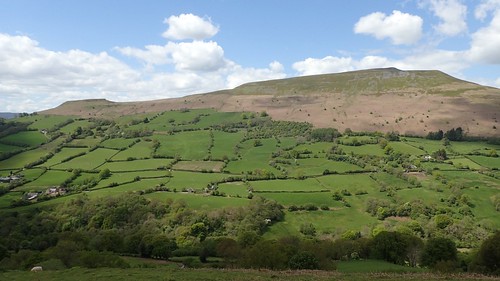 Crug Mawr lay some distance ahead, while the opportunity to refuel with these views ahead of us was certainly worth appreciating. 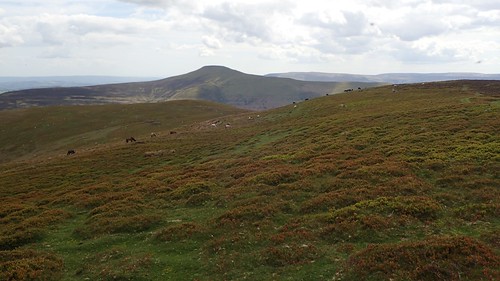 After lunch, we’d continue our ascent towards Crug Mawr and still following the Beacons Way. From this angle, Sugar Loaf looked more familiar to me. 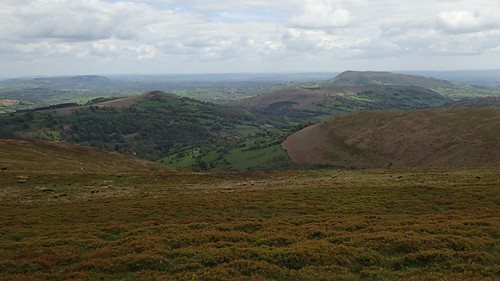 Looking to the south-east, we could see Bryn Arw to the left and Skirrid Fawr to the distant right. Two sub-500m hills that I’ve yet to summit or explore. 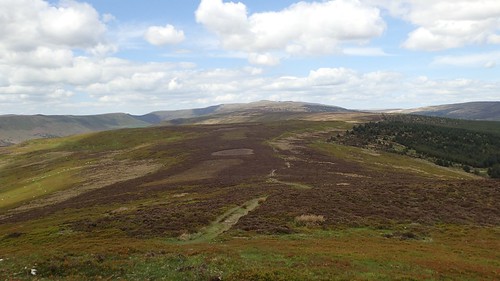 North of Crug Mawr, I could just make out the flat-top of Waun Fach, the Black Mountains’ highest point. You can also see the footpath that I would’ve followed in this direction, as part of a horseshoe-style walk last August. 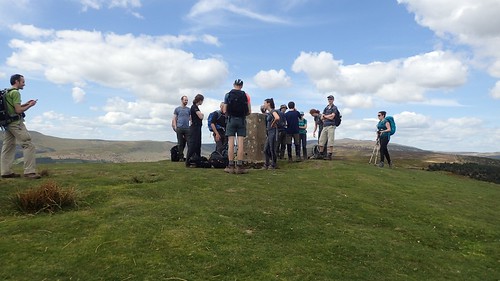 I’ve had thoughts about walking the Beacons Way. It does look to be a challenging trail and I get the impression that the waymarking ‘could be better’ in places. It is only a long-distance path and not an established National Trail, after all. I’ve have plenty of other trails in which to keep me busy before I would contemplate this one. 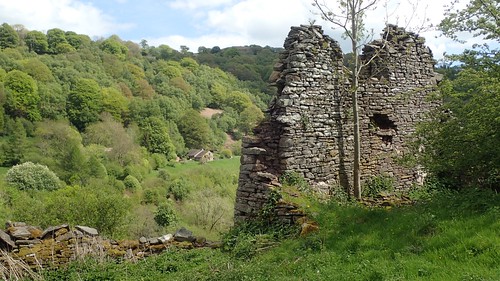 Following the Beacons Way downhill and to the east, we’d pass Partrishow. 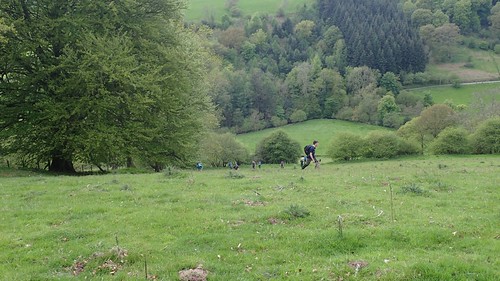 After this, we left the Beacons Way to battle an agonising ascent of the next hill. To give you an idea of how vertical it was; notice how people are zig-zagging their way up the slope (just as I did), instead of following straight up. 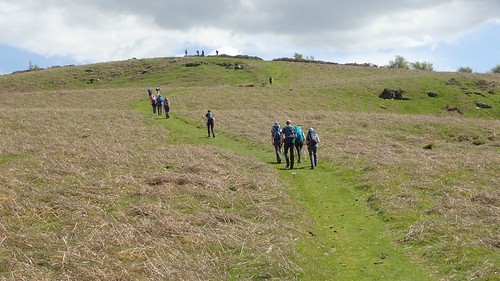 Many heartbeats later and we’d follow a grass track that would lead us to the summit of Twyn-Y-Gaer, which was once a hillfort. I’ll have been a member of this walking group for six-years in October and I don’t think I’ve ever seen such a high turnout for a ‘3 Boot’ walk. 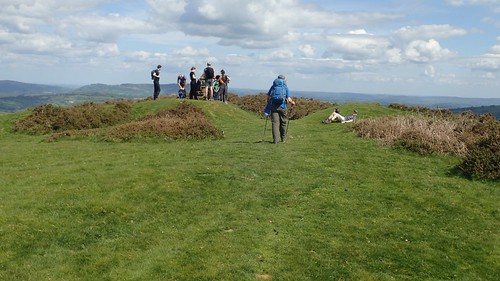 There was no trig at the top of this one and, at 427m above sea level, it was our lowest standalone summit of the day. 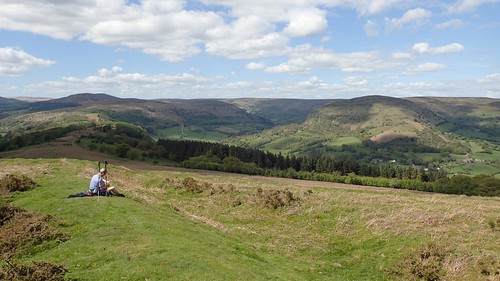 Once again, the views to the main horseshoe of the Black Mountains was nothing short of spectacular, as the infrequent cloud filtered the light across the landscape. 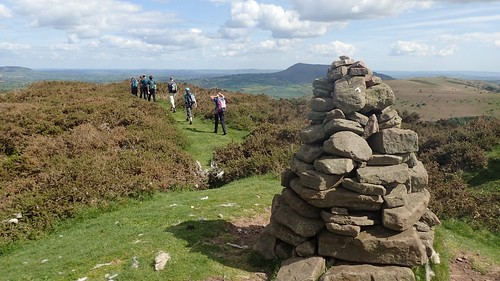 After another well-earned rest, we left the towering stone cairn for what we’d all anticipated would be our final descent of the day… 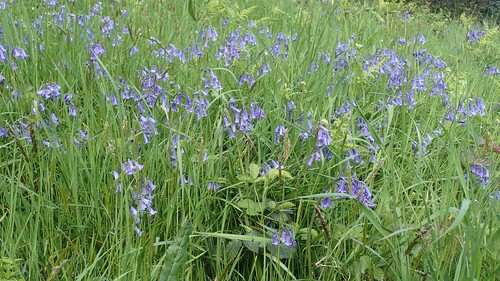 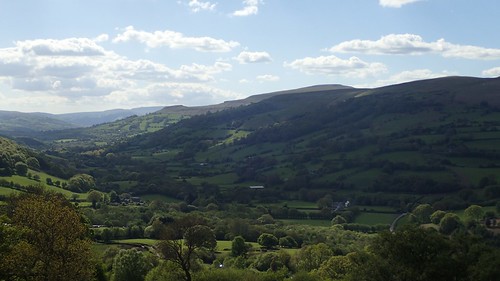 My memory suggests there was one final ascent; just when we’d expected it all to be over! A harsh one, as well. So much that I didn’t even take a photo. At least it was brief, in comparison with those we’d already overcome. 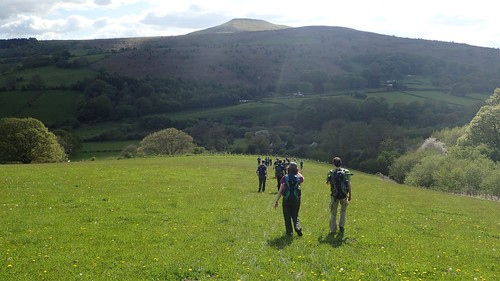 Our final descent followed soon after. With Sugar Loaf straight ahead, we knew it wouldn’t be far and you can even see the cars in the photo above.

Following a short drive, we reconvened at the Skirrid Mountain Inn for refreshment, ahead of the journey back to Bristol. I can’t imagine it would be easy to do this kind of route, relying on public transport alone. There’s also the puzzle of how one would get to the pub!