I’ve driven down in the southern half of Somerset for a few days, in the second-half of the week I’d booked off work for tackling The Ridgeway (which was, of course, cut short and put on hold). My day had begun with a visit to the National Trust-owned Montacute House (one of those long-term goals, finally ticked off) and, leaving my car in the parking area, I decide to venture off and explore the surrounding countryside. 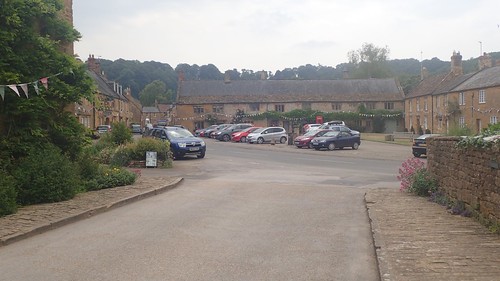 I’ll write about my visit to the National Trust property another time. Montacute is a small Somerset village, probably best-known for the house and only a few miles away from Yeovil. 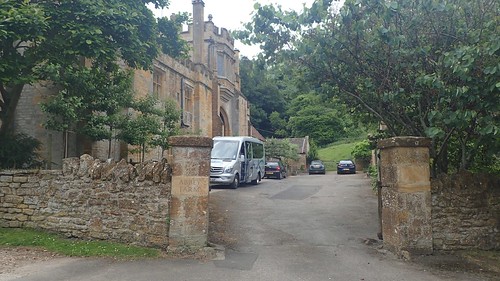 I followed the road around towards the church and then made a right-turn past Abbey Farm. 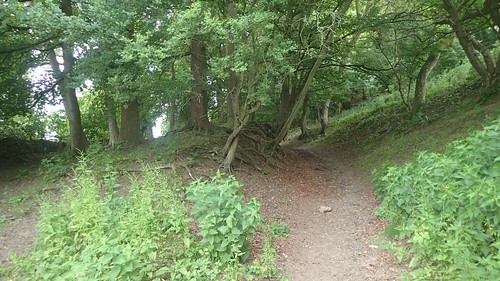 This path was clearly signed for Hedgecock Hill Woods. 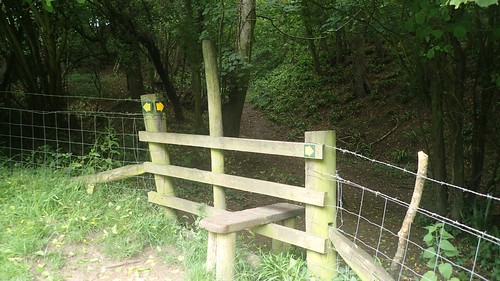 I was walking beneath the south-east corner of St. Michael’s Hill. My aim was to simply get to the top and discover the ‘Twr’ (that’s an abbreviation for tower, not Welsh) that appeared on my OS Maps print out. 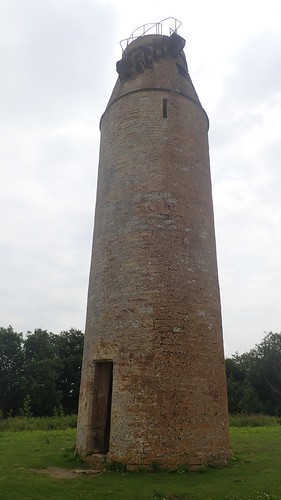 After a brief exertion, I was on top of the hill with the tower standing before me.

There was once a castle on this site, known as Montacute Castle. St. Michael’s Tower (a folly) was erected in its place, sharing some of the foundations from the chapel of the original castle. 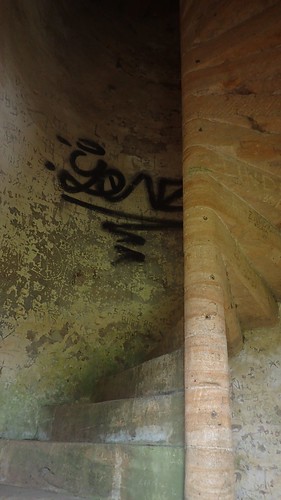 Its door was open – absent, in fact. With no-one else around, I began to climbing the narrow and tightly-winding stone steps. 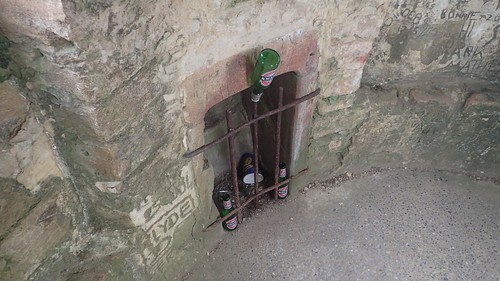 Of course, being open all hours, a place like this will attract the less-considerate breed of human being. Because apparently, there’s nothing quite like getting drunk in the top of a tower… 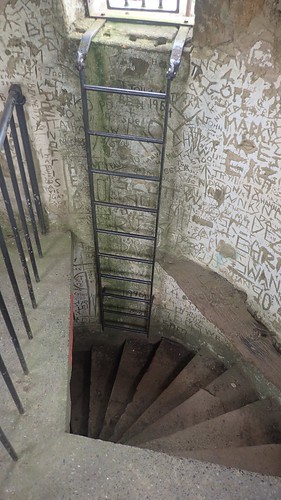 On the way back down, you really do need to mind your head on the stone plinth, if you’re anywhere close to as tall as I am. 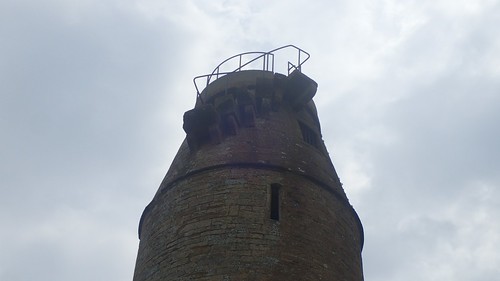 A series of perilous steps continue around the circumference of the upper contour. 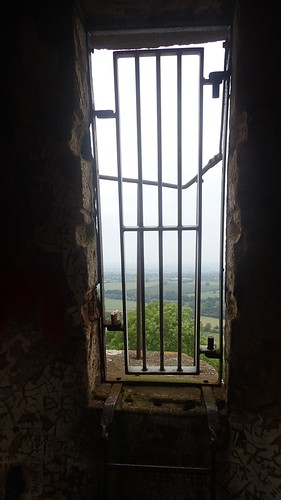 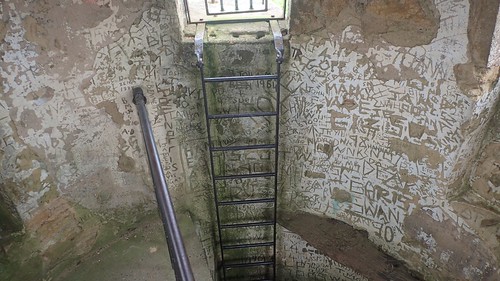 There was an almost demonic or Satanic feel to this space, with every space inch of wall bearing someone’s name or an indecipherable series of letters. Imagine climbing the stairs in the darkness of night, only for the occasional flash of lightning to reveal the surrounding horror. 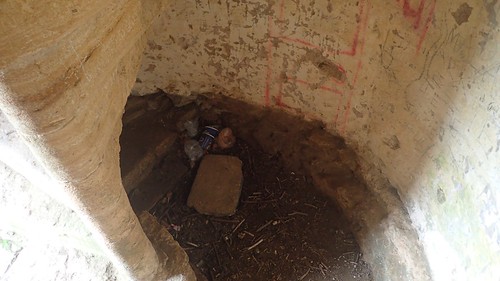 Of course, there was more litter waiting beneath the stairwell. Quite where those single-use coffee cups came from, I’ve no idea. 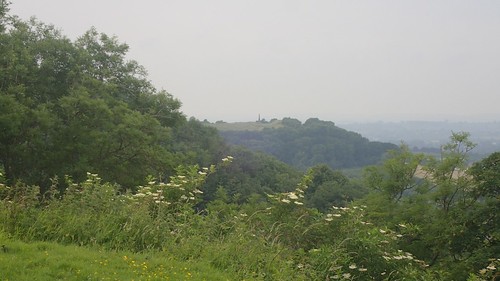 A few miles north-west of here, the Burton Pynsent Monument (aka. Cider Monument) can be seen, on Troy Hill in Curry Rivel. This is a feature I have also seen from a distance during previous walks around Burrowbridge, which lies to the other side of Langport from Montacute.

One day, I’ll get up there and visit the monument for myself. 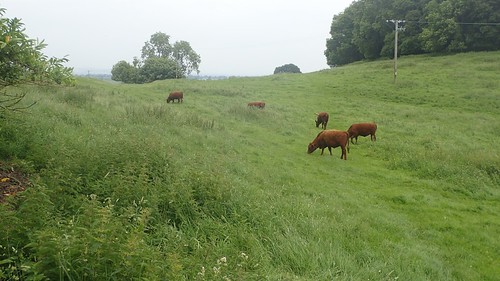 Returning to low-lying land on the western side of the hill, I would follow the Monarch’s Way – a long-distance footpath of near-equal length to the South West Coast Path, yet not nearly as well signposted or maintained across the country. 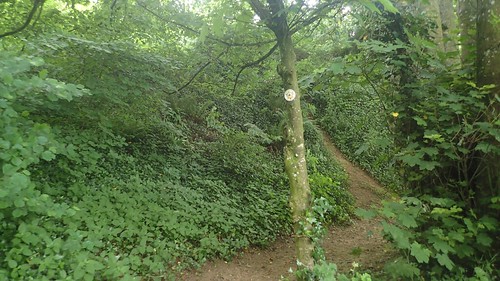 Following this route through Hedgecock Hill Woods was quite straightforward, thanks to the addition of waymarkers to distinguish one path from the myriad of others available. 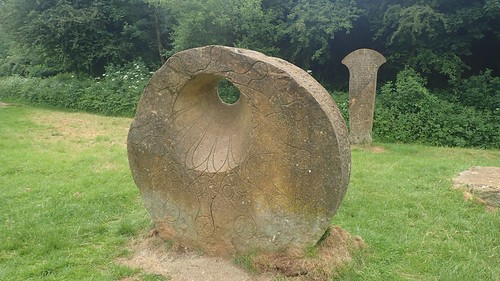 Breaking out in to a clearing with a junction of paths, I met this pair of stones, sadly lacking in any further explanation as to their purpose or identity. 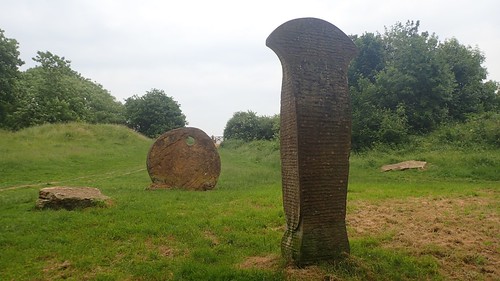 This would’ve been right on the edge of Hamdon Hill Country Park. 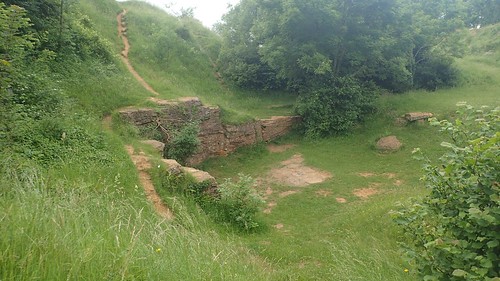 I briefly followed it up to the car park, before cutting across west to join the road on the other side. 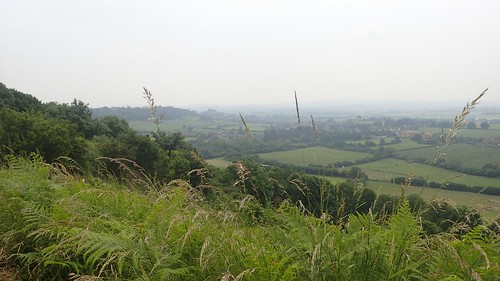 Looking at Google Images now, I regret not following the Monarch’s Way around the northern edge of this hillfort (also known as Ham Hill), as there appears to be a significant war memorial standing over the county. 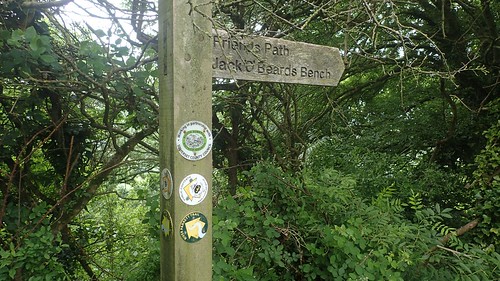 I soon left the road to continue south above Stoke Sub Hambdon. I cannot find any reference to Jack ‘O’Beards Bench but I was apparently now following the River Parrett Trail, in spite of the fact that the river was nearly 2km west of here and with other public rights of way running close by…

I still hope to complete the River Parrett Trail, one day. 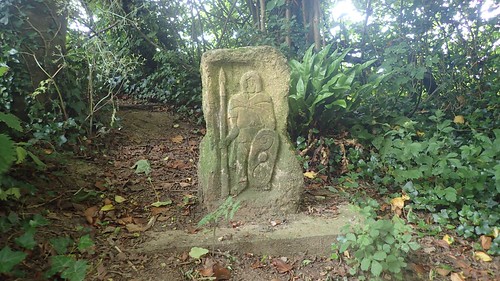 I would follow this and the Monarch’s Way as far as Butcher’s Hill, which lay beyond this unexplained stone carving. 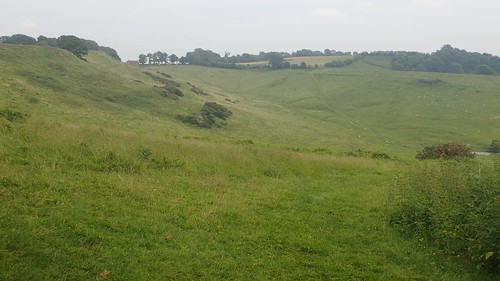 This relatively small area of downland is also Open Access Land; allowing us the right to roam anywhere within its boundaries. I took advantage of the bench and rested for a while, knowing that I was only a half-hour or so from my car. 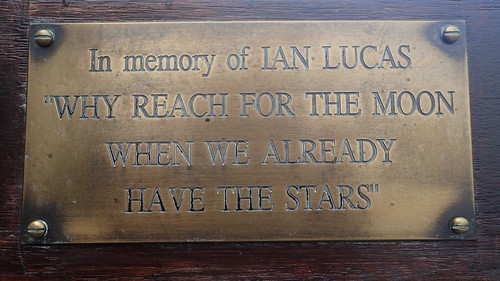 I was almost reminded of the downs that define Wiltshire and the northern half of Dorset, in areas such as Cranborne Chase. 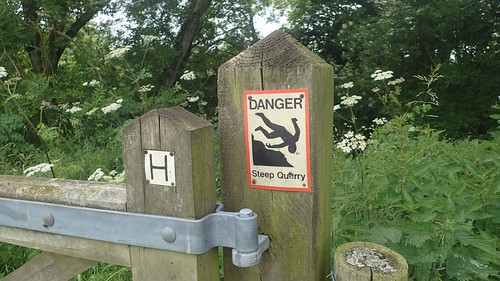 Behind me was an unlocked kissing gate with no right of way and the stark warning of impending danger. I do hope that Mr. Lucas didn’t suffer the fall, here. 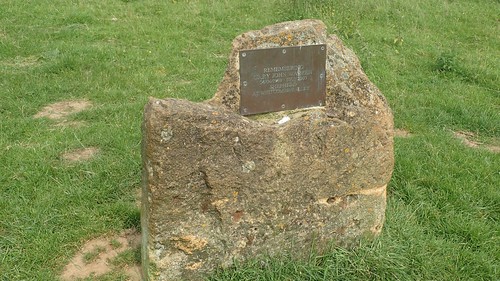 In the north-east corner, I seemingly random stone was dedicated to the memory of a former shepherd. 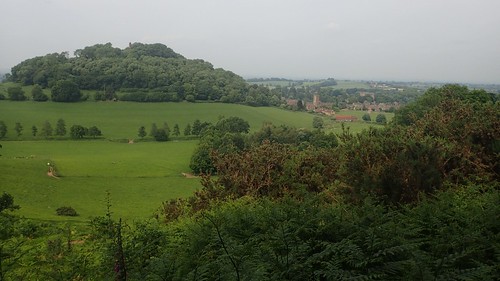 I followed a clear right of way running parallel to the infrequent traffic of Hollow Lane. Along the way, I could clearly see St. Michael’s Hill, the tower and Montacute village below. 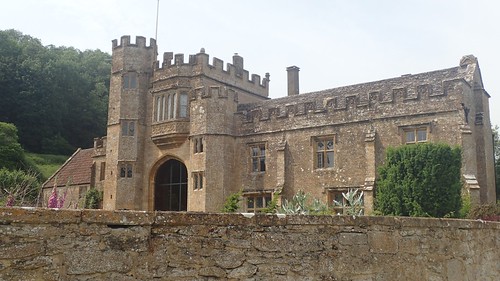 My memory suggests this was the other side of Abbey Farm. It was nothing more than a private residence, as far as I could tell. Although it does certainly resemble a castle in its features. 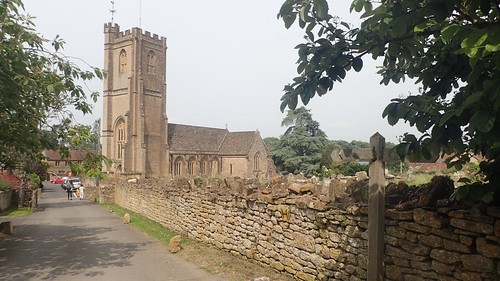 Passing the church, I was soon en route to my car, ready to drive on and discover my camp site for the next couple of days. I felt good for having explored a new pocket of Somerset; a county so close to home that I often overlook in favour of higher elevation.

Distance of this walk: 4 miles