My final walk of the month was one led by Brunel Walking Group. Known for finding hills in her routes, Jenny took us down to a relatively flat portion of South Somerset and the Levels. 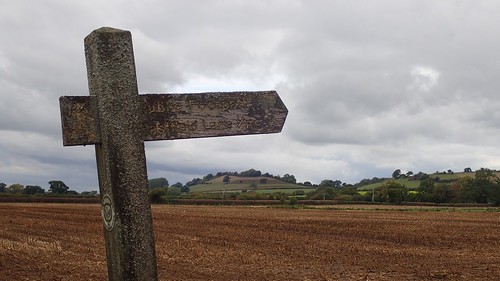 We parked at Ham Hill Country Park, where it’s free to do so. I can’t imagine there are many other parks around the UK with an en suite pub. As if that wasn’t enough, Ham Hill even has it’s own toilet block, meaning you don’t need to go searching for a tree! 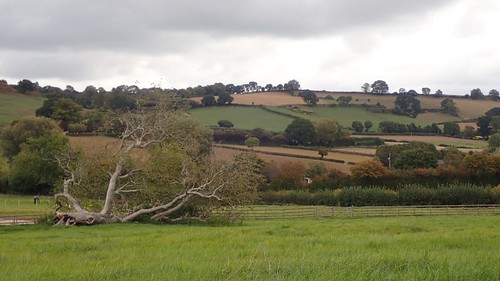 Many people seem to refer to it as Ham Hill (Ham Hill Road runs right beside it), while it is also known and marked on the OS map as Hamdon Hill. 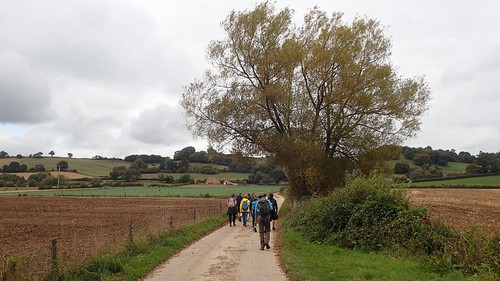 I didn’t take many photos early on but I think we walked to West Chinnock via Chiselborough and possibly following the Monarch’s Way. There were only eleven of us on the day and, for a twelve mile walk (which is not unreasonable for our group), we were generally anticipating a group of closer to double this size. 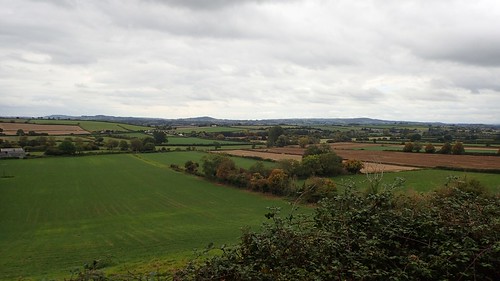 We found hills, alright. Perhaps not as intimidating as the heights of the Mendips, closer to home. Most of my own walks in this half of Somerset have generally stuck to a riverside or two. 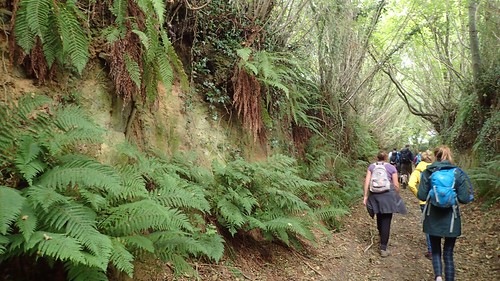 There was a portion of these walk, between villages and roads, where we were practically walking beneath the roots of trees on either side of the potentially-historic path. Possibly a drover’s route that would’ve seen livestock moved to and from the nearest market, only a few hundred years ago. 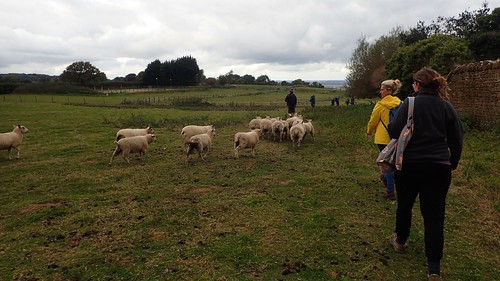 We crossed a good amount of farmland, as is to be expected in this section of Somerset; away from the National Parks (Exmoor) and AONBs (Mendip Hills, Quantock Hills). Our following for the day almost double in size! 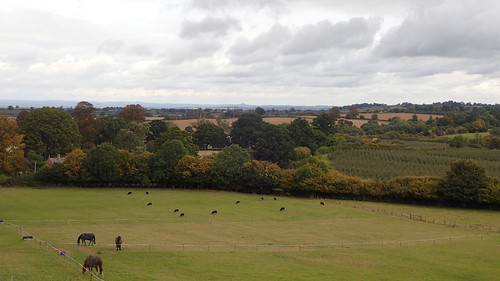 We had our lunch on the side of a hill. That distant lump, I believe, is the one and only Glastonbury Tor. Once and island among this formerly flooded landscape; there aren’t many other local lumps for which it could be mistaken. 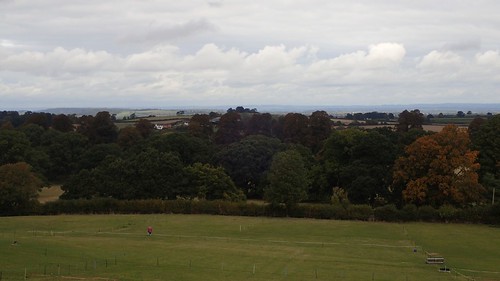 Straight ahead in the centre of the picture above, I could just make out the iconic transmission mast of Pen Hill near Wells. It was very faint on the day and I don’t think my camera has captured it at all. 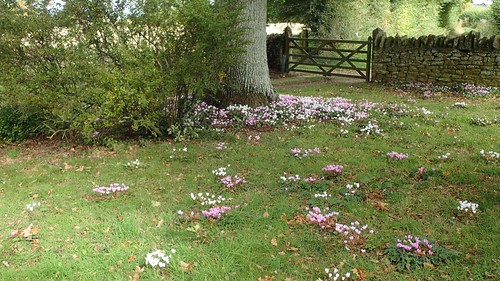 In many places, the turn of autumn was already evident. On this small patch of grass, I thought I recognised a suggestion of spring… But, I’m not a botanist, by any means! 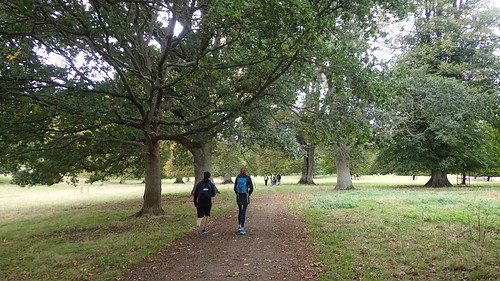 From Odcombe Lodge (a National Trust holiday cottage), we followed a public right of way across Montacute Park and on towards the National Trust-owned mansion. 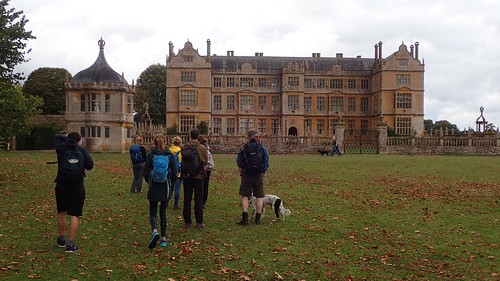 I was here by myself for the first time back in June. 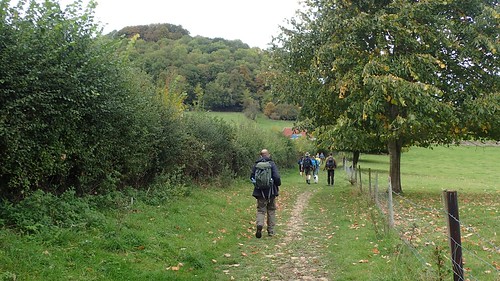 We didn’t hang around for too long after taking photos. Crossing the village, we would seen begin our punishing climb to the top of St. Michael’s Hill, which can just be seen (covered in trees) in the photo above. 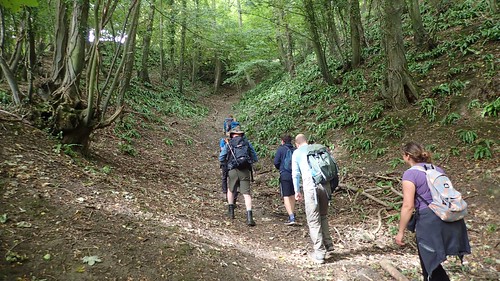 It was hard going, to the 139m summit. Honestly, I remember struggling with it a lot more back in June. Perhaps because I took it at a slower pace this time, lingering towards the tail-end of our group. 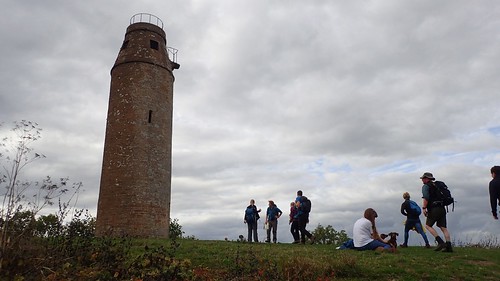 At the top, we met St. Michael’s Tower. A true folly, although I’d forgotten the story ahead of this visit. Basically, there was once a castle here (as there were churches on Glastonbury Tor and Burrow Mump; think of these hills as islands, at a time when land below was underwater) and in its place, this tower was erected in place of one of the original towers. 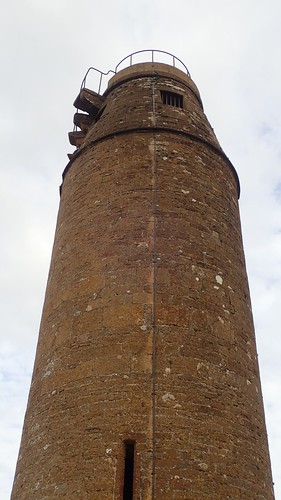 It remains open and entirely free to climb. Although space at the top is limited, beyond the narrow winding staircase. Only half of our group made it up to admire the views. 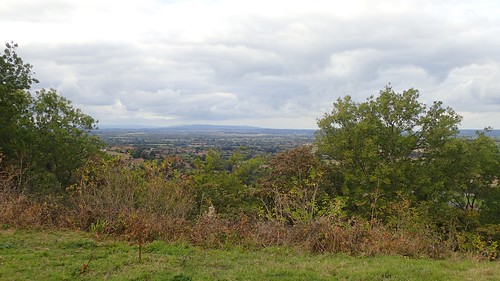 I knew from my own past experience here (also in June) that it wouldn’t be long before we’d return to the cars. I could see the faint outline of the western Mendip Hills from here (but again, I’m not sure how well my camera has captured this). 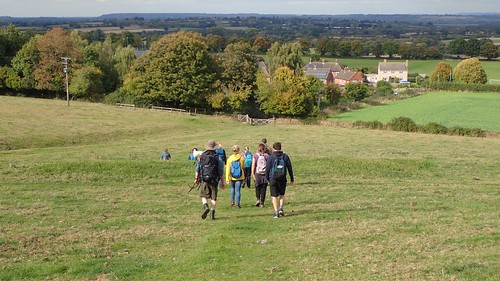 Descending St. Michael’s Hill, we passed through Hedgecock Hill Wood and could see the intended pub a good ten minutes before we would reach it.

We were able to find enough room (outside) to seat everyone and general vibe was a good. An enjoyable day’s walking without overdoing it. My only regret is that, driving home, I realised I’ve now visited Ham Hill twice and without reaching the war memorial that stands over Stoke-sub-Hamdon! Next time, then!!!