I hope I’m not mistaken but I don’t think I’ve quite written about whether or not you can walk around Blagdon Lake… Certainly, I’ve covered Chew Valley Lake and, if I have written about Blagdon’s own reservoir, there’s a chance the post was anything but minimal in length.

So, I’m writing again, in an attempt to create something more succinct (or, at least as much as I can do!).

Let’s start by taking a look at an Ordnance Survey map:

Every green-dashed line marks a public right of way and we can see there’s running north-east to south-west across the north-west edge of the lake (ST 504 603 to ST 510 608). 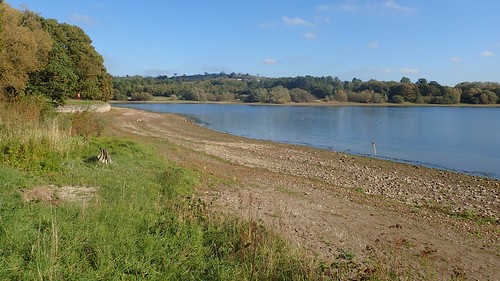 This path is easily accessed and sign-posted from Blagdon Lane, offering a pleasant short walk with a good view of the water’s edge and woodland to the other side of the path. 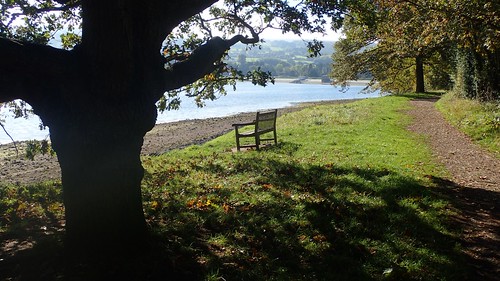 Swimming in this lake is prohibited, while some visitors will drift down to the edge of the lake for a closer inspection. A number of benches can be found along this short stretch of footpath – an ideal place for a picnic or lunch stop. 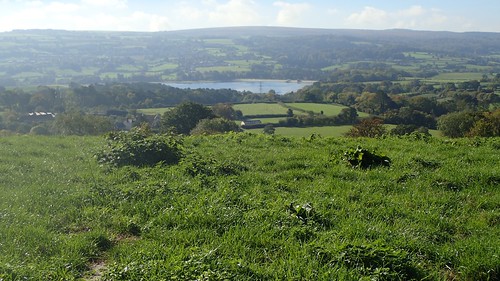 If you were to continue east (or east-south-east) from the footbridge at ST 510 608, you would almost immediately leave the lake en route towards West Town and Nempnett Thrubwell (yes, people who aren’t local to the area tend to enjoy that village name). From up here, the views of the distant lake are quite something.

In short, there’s no public right of way (PROW) running close to the majority of the northern edge of the lake. 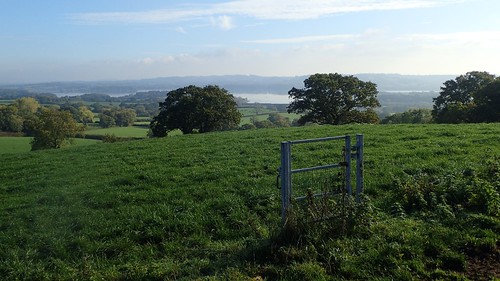 In all of my attempts to follow the lake as close as it legally practical, I find myself following roads most of the way towards Ubley, before joining a footpath (ST 530 590) heading west towards Holt Farm. 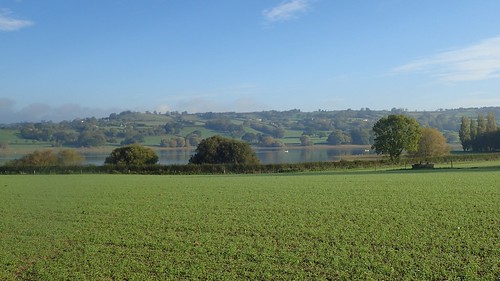 This is a fairly easy route to follow across fields and farmland, with decent waymarking and the occasional herd of cattle.

But even this path will guide you up and away from the water’s edge and in to the east-end of Blagdon. It’s truthful to say that there is no PROW along the southern edge of Blagdon Lake. 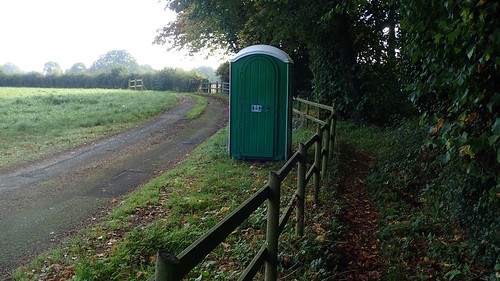 If you’re very observant of the Ordnanace Survey map and of your surroundings on the ground, you may well have noticed a surfaced track that contours a good portion of the lake’s southern edge. 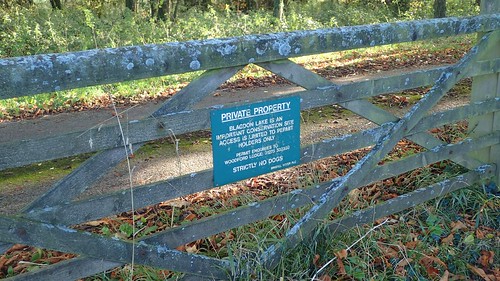 As the signs installed by Bristol Water will inform you, these routes are strictly private and reserved for those who are permit holders. It is possible that you may be able to purchase a permit from Woodford Lodge – as I believe a friend of mine did a couple of years ago, which also permitted greater access around Chew Valley Lake. 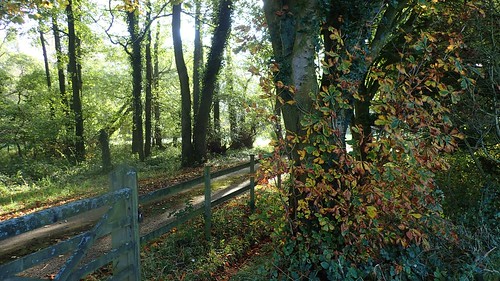 This restriction is in place to preserve much of the local wildlife and their habitat. Although, I’m certain that I’ve seen a number of pram-strollers and the like on a weekend who possibly haven’t paid for the privilege to roam and explore… 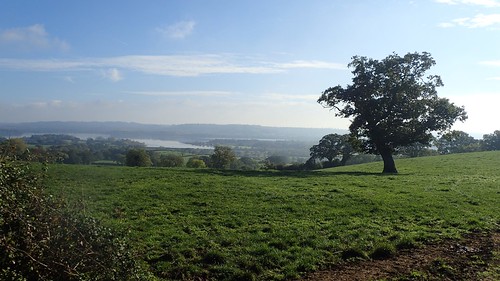 I hope this brief (by my own standards) post helps someone to realise that it is not possible to legally follow the perimeter of Blagdon Lake. Unfortunately. Good walking walks are available and, if you’re willing to following connecting paths climbing to higher elevation then, views of the lake and the full Yeo Valley are rewarding.