This walk began near the edge of the Mendip escarpment and barely a mile south of the village of Priddy. I set off from the parking area above Deerleap and Cook’s Field Nature Reserve, with the intention of walking west-north-west to Draycott and back. 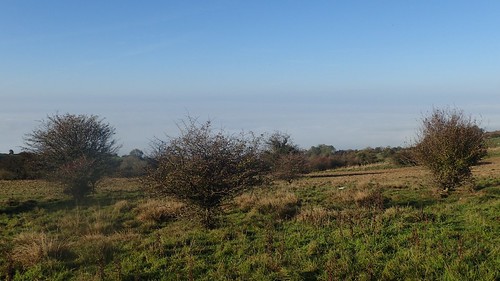 Crossing the open access land of this nature reserve, there was something odd about the view away to my left. 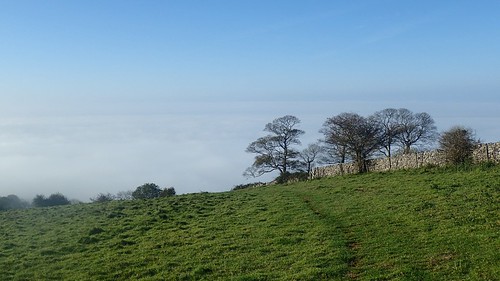 Something was missing and it took me a few moments to realise that there was an absence of the Somerset Levels. 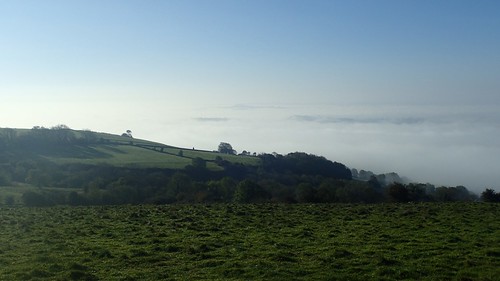 This level of cloud cover was so impressive that only Glastonbury Tor could (just) be seen rising up above it. 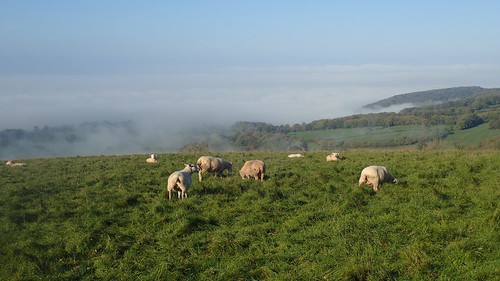 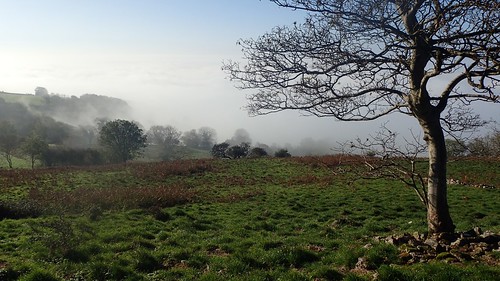 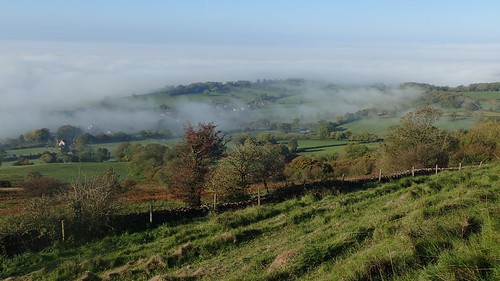 Twenty-four hours earlier, I’d seen the mist lingering over Blagdon Lake to the north. But this was now like a true cloud inversion – or, at the very least, the best example that I have experienced. 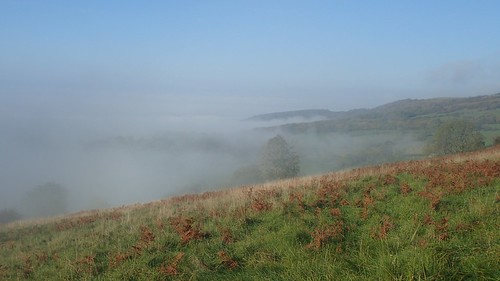 With this cloud or mist laying close to the Levels down beneath me, I encountered no difficulties with navigating my way along an elevated route. 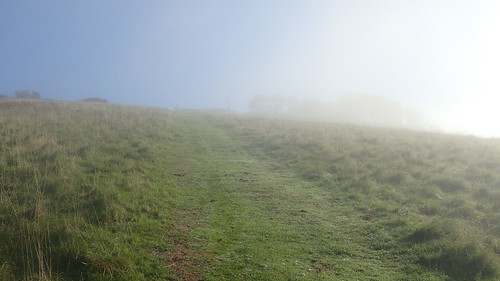 Leaving the nature reserve, I began to descend towards Westbury-sub-Mendip. But even this experience of ‘walking through cloud’ wasn’t as blinding as what I’ve previously experienced on higher contours within the mountains of South Wales. I was half expecting to turn around and see nothing at all. 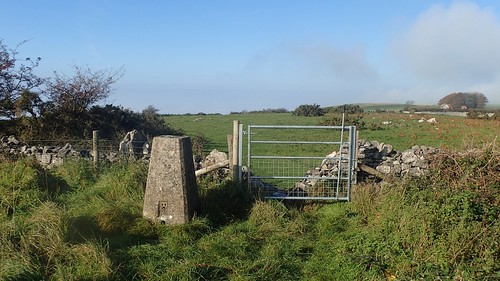 On my journey towards Draycott, I took in the trig point of Westbury Beacon. 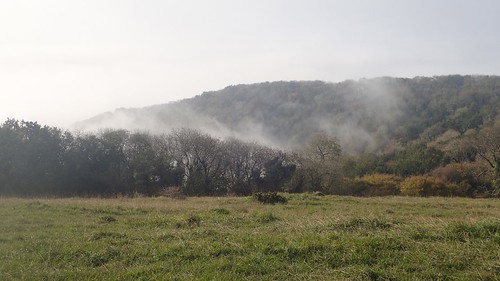 With the luxury of ‘free time’ that I’ve had on many weekdays now since June, I won’t often head to the Mendip Hills on a weekend as you tend to encounter clusters and gatherings of people – before and after their Sunday roasts.

But this route between Priddy and Draycott was one I was confident would be less-frequented than many other areas. 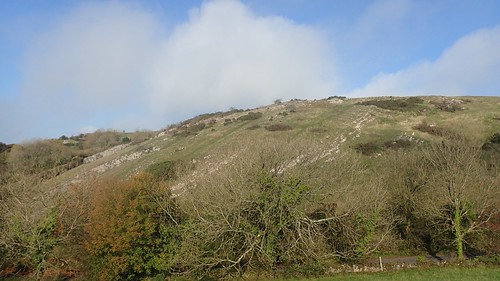 I would cross the West Mendip Way and head up to Draycott Sleights; another nature reserve of open access land and a space that I rarely seem to visit. 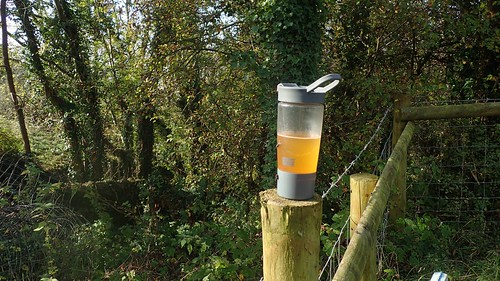 If it was for hydration then, why didn’t they carry it with them?

If it was for ‘relief’, then why didn’t they just go behind a tree?! 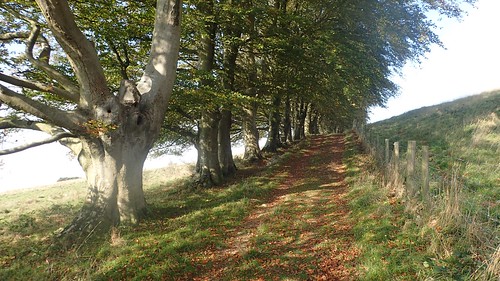 This tree-lined path across the nature reserve is interestingly waymarked for the West Mendip Way… A long distance trail that actually descends to the road and then rises sharply without crossing the Sleights. In short: this provides a very convenient shortcut. 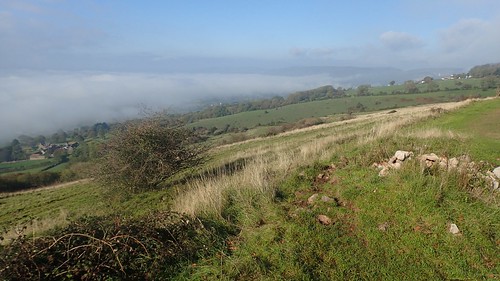 It was close to midday by now and I was pleased to find the cloud had not cleared beneath me. A welcome mask for the otherwise un-natural world below. 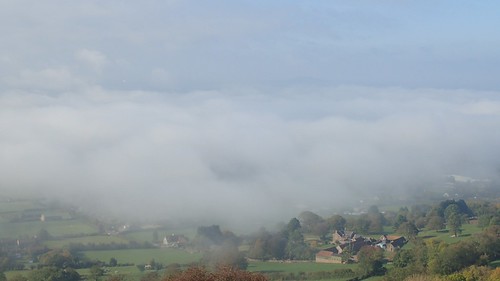 Searching carefully, I could just see the top of Brent Knoll rising above the furthest reach of the cloud. I wonder what the view was like at ground level? 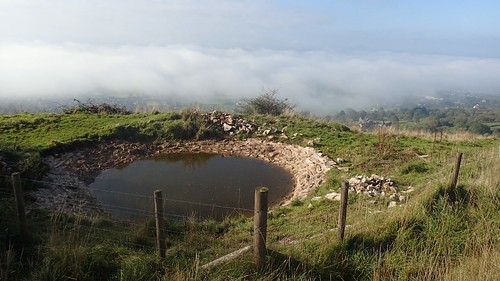 I would only pass a couple of small families up on Draycott Sleights, while I would soon sit down for my lunch and enjoy the view, with the cloud slowly rising and travelling along the line of Cheddar Gorge. 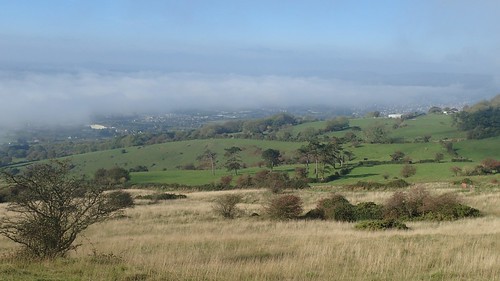 I managed to record a timelapse in all of this and I may upload it to YouTube in time. Away to my left, someone was flying a drone… Through the powers of social media, I would later learn that it was someone I “knew”! 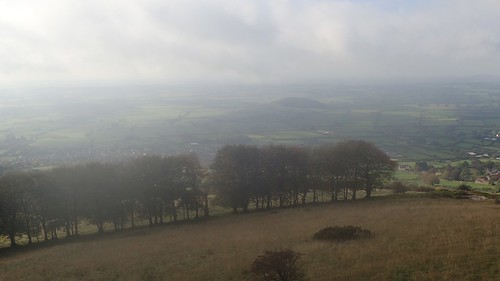 On my return to Priddy, I would closely follow the West Mendip Way, before a southward diversion to my car. This wasn’t one of the biggest walks I’ve done in the area but it was satisfying, all the same.

One word of warning: 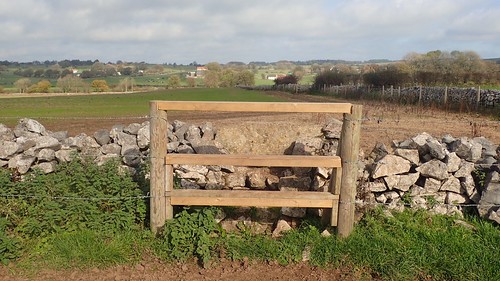 In this part of Somerset – and, continuing further east – it is not uncommon to find stiles (or kissing gates) fitted directly in front of historic stone stiles!

2 thoughts on “An Almost-Cloud Inversion”